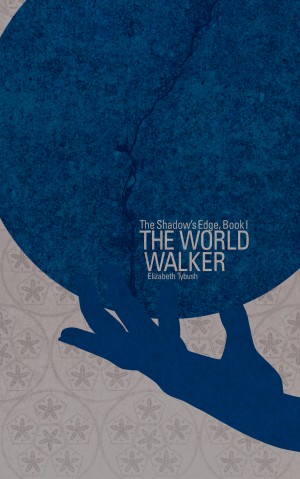 By Elizabeth Tybush
Rated 4.50/5 based on 2 reviews
With Bruva’s knights becoming more vicious by the day, a faceless terror haunting the seas, and minds falling prey to superstition, Marona’s long-lasting era of peace may soon be at an end. The shadow of a darker age looms over the land.

Hope lies in Ryel, a young exile from the frigid north. If she can calm her demons and dodge those on her tail, she could be the light the casts away the shadow.

I write. I live in Maryland with my husband, Frank, and our wooden skeleton, Fred.

I had been waiting for this book since reading its companion, "Vendetta." Somehow, I missed its release. Both novels take place in the same fantasy 'world', but are separate stories which can be appreciated and understood without having read the other stand alone. I've never really been one to write a book review, probably due to all those book reports I had to write in school. The process is also intimidating to me; it would be embarrassing to write a book review with typos and poor sentences. Here, I make an exception, as this was a very good book without reviews. I’m not an author, nor an English major, so please bear with me and focus on content. This was a novel that’s an excellent PG-13 summer read, with a wonderful role model present in a strong female character. If your reading quest is for an ethereal fantasy world with a ditsy princess to be saved by a knight in shining armor followed by a romantic interlude, you may be disappointed.
Having read both of the “Marona” novels, I see Ms. Tybush has developed a well thought out world. It’s comprised of different heritages, races, and cultures, as well as political, technological and physical climates among the different countries within it. Mythology, religion, and demons included. Once again, she offers a female lead, (although a new character, the young Ryel), with a taste for adventure and thirst for knowledge. Coming from the shadow's edge, Ryel strives to understand her own heritage, that of other cultures, and questioning tolerance and intolerance in a world around her that she never knew existed. However, Ms. Tybush leaves these questions open-ended, subtly presenting social, political, and theological issues in her world without preaching an agenda.
The book contains references to relationships and sexuality, but there are no 'sex scenes.' Some injury (and sword skewered death) as typically accompanies pirates, rogues and cannon fire is within, but this isn't a novel about twenty gruesome ways to kill a passerby for the sport of violence. This is appropriate for the story – not gratuitous – and tempered by exploration, libraries, an archeological dig site and a bard. “The World Walker: The Shadow’s Edge” was an apt title for the novel.
I am now re-reading "Vendetta" prior to re-reading "The Shadow’s Edge." It’s been awhile since I read “Vendetta” (which also deserves a long overdue review). Having enjoyed both stories, my current re-reading quest is for following the journey on the Marona map, Easter eggs, foreshadowing, and references to minor characters between the books. Some are rather humorous. I won’t however post a ‘spoiler alert’ and share what I have found so far – I leave them for you to find. This is a novel I could see used in discussion in a high school classroom (English or Social Studies), book club or on a summer reading list. I only hope we don’t have to wait as long for “The World Walker: Book 2.” Enjoy!

You have subscribed to alerts for Elizabeth Tybush.

You have been added to Elizabeth Tybush's favorite list.

You can also sign-up to receive email notifications whenever Elizabeth Tybush releases a new book.