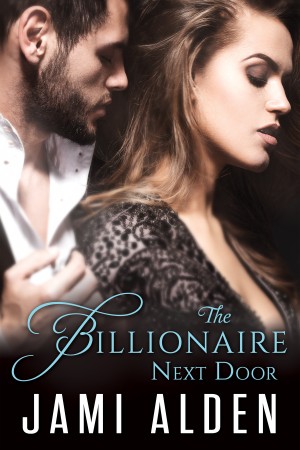 The Billionaire Next Door

“A fantastic story that will keep you hot and bothered.”
-Romantic Times Book Reviews for Private Party

Like so many romance readers, my first romance novel was by Kathleen Woodiwiss - The Flame and the Flower, to be exact. I was thirteen. I spent the next month ignoring my friends while I worked my way through her back list. Shortly thereafter I discovered Judith McNaught, Johanna Lindsey, Karen Robards, Catherine Coulter, Shirlee Busbee among others, and devoured their lavish historical epics full of overbearing alpha males and the women who brought them to their knees. I was hooked. My high school teachers marveled at my ability to read romance novels under the desk and still score straight A's. I started to imagine myself, living in a cabin in the mountains somewhere, writing romance novels.

It took me quite awhile to pursue my dream. After graduating from Stanford with a degree in English Literature, I worked in a variety of not so interesting admin jobs before I began my career in marketing. It wasn't exactly my dream job, but at least my writing appeared on several web sites and in many software marketing brochures. Unfortunately I wasn't able to fit the phrase "and her loins melted like hot wax" into any of them.

During my stint as the world's surliest receptionist, I took my first stab at writing. The result was a very melodramatic western historical which reads like a bad Elizabeth Lowell rip off. It's currently languishing on my hard drive, forever stuck on page 330.

Then in fall 2001 I had an incredible stroke of luck and got laid off from my marketing job. I decided it was time to stop saying I wanted to be a writer and to actually give it a serious go.

Four years later, I sold my first book and now I'm pretty much living the dream of getting paid to write romance. I don't live in a cabin in the mountains, but I do live in a rural-ish town near San Francisco (hey, we have deer and bunnies, along with the occasional coyote) with 2 sons, and a dog who patiently listens to my dialogue and helps me work out plot points. When I'm not writing, I enjoy running, reading, cooking, and watching a brain numbing quantity of food network programming.

Reviews of The Billionaire Next Door by Jami Alden

You have subscribed to Smashwords Alerts new release notifications for Jami Alden.

You have been added to Jami Alden's favorite list.

You can also sign-up to receive email notifications whenever Jami Alden releases a new book.