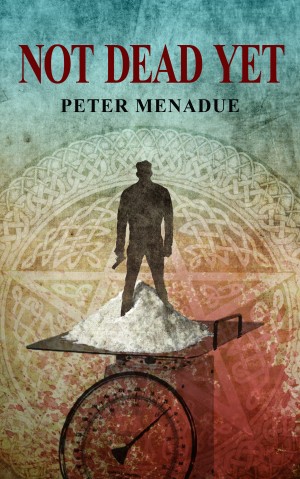 Peter Menadue grew up in Canberra, Australia. After a foray into journalism, during which he shared an elevator with Rupert Murdoch, he studied law at Sydney University and Oxford University. For the last 22 years, he has worked as a barrister at the Sydney Bar. He also writes courtroom novels under the pen name "Mark Dryden"

Under cover surveillance to unearth an insurance scam was as boring as it could get for private investigator Gary Maddox. So when a woman came into his office requesting he search for the killer of her son, he was sceptical. Until she told him more. Gary accepted the large holding cheque and admitted the surge of adrenalin was enough to get him started.

The woman’s son had been well-known to the police of Sydney – a drug dealer who had been in and out of prison most of his life; not many were unhappy he was no longer on the streets. But Gary would search for justice for the mother – after all, she loved her son…

Gary’s search unearthed more than he’d bargained on – would the amount of money he’d been paid for the job be enough? Or was he about to find out that drug dealers and thugs often used their most trusted to take out the problem – but he wasn’t dead yet!

Not Dead Yet by Aussie author Peter Menadue is a fast-paced crime thriller with loads of bite! An excellent start to a new series, I have no hesitation in recommending Not Dead Yet to lovers of the genre.

I'm going to have to give this an over-generous five stars, though it's really only a nine out of ten, simply because of the pile of bodies encountered and the total amount of villainy. In other words it's not perfect, being a bit too bloody and with the hero getting into danger too often for a detective of his experience. Thus plenty of action as he manages to stay alive without loss of an excessive number of body parts.

Main lesson I took away? Australian mobsters are as nasty as the American variety despite laws that make it harder to get your hands on a firearm. Must be the upside-down orientation on the southern side of the world.

Wow, just wow. I love this book so much. I was engrossed from page one. Peter Menadue has a simple way with word that I love. I'm a huge hardboiled fan and he hit the nail on the head with little gem. I didn't know what to expect because I have never read a PI story set in Australia before but Peter made the city pop to life with its characters and seedy places. It's a great story that would recommend to anyone who not only loves hardboiled detective stories but anyone who loves to read.

You have subscribed to alerts for Peter Menadue.

You have been added to Peter Menadue's favorite list.

You can also sign-up to receive email notifications whenever Peter Menadue releases a new book.