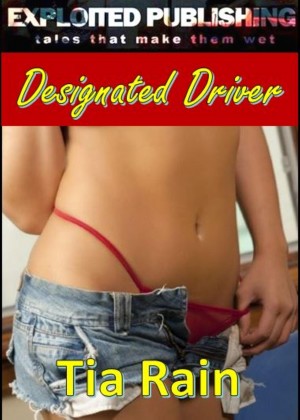 After being in a hopeless, one-sided relationship, Rissa has taken the steps needed to finally feel sexual again. A night getting liquored with her best gal pals. Searching her past, she chose to ask the one man that made her happy a few years back as her designated driver, with the hopes that not only would he give her a safe ride home but a late night ride to remember for years.
Available ebook formats: epub mobi pdf lrf pdb txt html
First 40% Sample: epub mobi (Kindle) lrf more Online Reader
pdb
Price: $1.99 USD
Buy Add to Library Give as a Gift
How gifting works
Create Widget
Tags: erotica sex bdsm oral sex rough sex adult sex drunk sex eating a girl out cunnelingus cunnelingus sex
About Tia Rain

Twenty-five-year-old, Tia Rain grew up in and around the state of Michigan, being one of those women that grew up too fast, and without much parental supervision, she lost her virginity at a young age to the neighbor boy around her age and his slightly older brother that lived next door.

Though she does not like to talk much about her past thereafter, Tia does admit that shortly after her first sexual experience, she became a runaway, living life on the streets until she was seventeen and as such has picked up an attraction to the dark, more unacceptable genres of sex.

You have subscribed to alerts for Tia Rain.

You have been added to Tia Rain's favorite list.

You can also sign-up to receive email notifications whenever Tia Rain releases a new book.