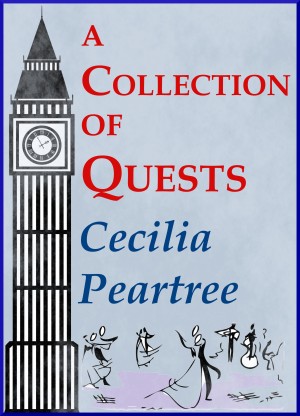 A Collection of Quests

Cecilia Peartree is the pen name of a writer from Edinburgh. She has dabbled in various genres so far, including science fiction and humour, but she keeps returning to a series of 'cosy' mysteries set in a small town in Fife.
The first full length novel in the series, 'Crime in the Community', and the fifth 'Frozen in Crime are 'perma-free' on all outlets.
The Quest series is set in the different Britain of the 1950s. The sixth novel in this series, 'Quest for a Father' was published in March 2017..
As befits a cosy mystery writer, Cecilia Peartree lives in the leafy suburbs with her cats.

You have subscribed to alerts for Cecilia Peartree.

You have been added to Cecilia Peartree's favorite list.

You can also sign-up to receive email notifications whenever Cecilia Peartree releases a new book.