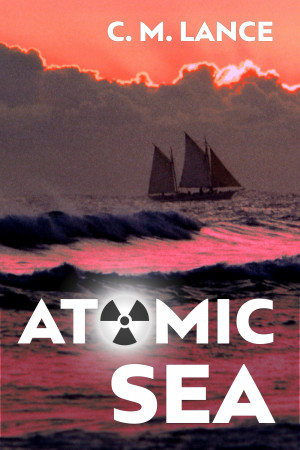 By C. M. Lance
First Chernobyl. Then Fukushima. Now … Broome? In northwest Australia a nuclear-waste plant is opening. A boat with a glowing cargo is adrift. A cyclone called Cyril is about to hit. And everyone is lying. More
First came Chernobyl, the nuclear power station that contaminated most of Europe. Then Fukushima, pounded into radioactive rubble by a tsunami.
And now … Broome?
Burnt-out scientist Lena Whalen is attending a conference in Broome on Worm Turning, a new nuclear-waste reprocessing plant fast-tracked after a recent disaster. Everyone loves award-winning Worm Turning – a certain Great Power even says it’ll take full responsibility for any pollution or security problems. Unfortunately it’s lying about why.
Lena’s techie sister Jessie arrives for a holiday, but when life onshore becomes surprisingly threatening their only refuge is skipper Simon’s old lugger. Unfortunately Simon is lying too.
Floating just off Broome is a blue boat carrying two corpses and a lethal cargo. The grand gala opening of Worm Turning is just days away, and a distant cyclone called Cyril is on the move.
And Lena discovers being stuck on a committee isn’t her worst nightmare after all.

CM (Kate) Lance grew up on Lake Macquarie, NSW, Australia. Her background is in science and technology, but in 2000 she ran across the story of the charmed life of an old Broome pearling lugger, Redbill, and discovered the joys of archival research and writing. Kate Lance's first book, Redbill: From Pearls to Peace, won the Western Australian Premier's Book Award for Non-Fiction in 2004. Her second book, Alan Villiers: Voyager of the Winds, won the Mountbatten Maritime Award for Best Literary Contribution in 2009. Her novel, The Turning Tide, was published in 2014 by Allen & Unwin under the name CM Lance. Atomic Sea is her first indie ebook.

You have subscribed to alerts for C. M. Lance.

You have been added to C. M. Lance's favorite list.

You can also sign-up to receive email notifications whenever C. M. Lance releases a new book.