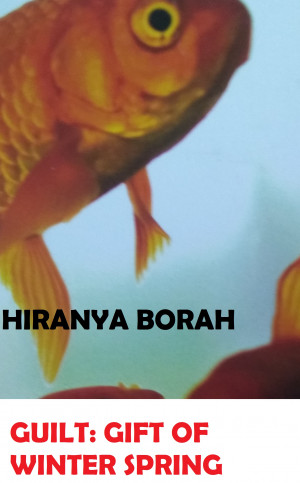 Rated 5.00/5 based on 4 reviews
It is A Fictional Story of true love between Aroon Baruah and his first wife, Dorothy and romantic story between him and his second wife, Ramala. . More
It is a Fictional Story of true love between protagonist Aroon Baruah and his wife Dorothy, spiced with Ramala’s selfless love for Aroon. It is story, how finally Ramala was able to win heart of Aroon at a matured age after untimely tragic death of Aroon’s wife Dorothy. It is a lucid description how Aroon was seduced by Jetuki, Ramala’s mother for an explosive physical relation on a festive day. It is a story, how Jetuki wanted to trap Aroon taking advantage of his Physical attraction towards her elder daughter, Ramala. It is story about how her game plan failed due to strong family bond of Baruah family. It is also a story of father and daughter relation between Aroon and Ajanta, daughter in law of Aroon’s brother.

(reviewed the day of purchase)
Swarnamoyee reviewed on May 1, 2016

Thanks for diluting the chapter seven.

(reviewed the day of purchase)
Swarnamoyee reviewed on Feb. 12, 2016
(no rating)
Every lady likes to have Aroon as husband without his premarital activities. Similarly every husband will like to have a wife like Ramala and Dorothy. But these are ideal situation. In reality nobody gets those. The chapter VII could have been avoided.Still I recommend to read the whole book for its sweet description of true love

A notoriously beautiful book. You cannot leave the book midway.