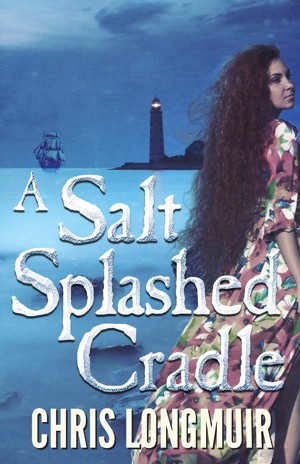 A historical saga set in a Scottish fishing village in the 1830’s. Belle comes to the village as a young bride and is regarded with suspicion by her husband’s family. To relieve her unhappiness, she embarks on a tempestuous relationship with Lachlan, the Laird’s son, which tests her relationship with Jimmie. More
Life and Love in 1830s Scotland

This historical saga is set in a Scottish fishing village in the 1830’s and reflects the living conditions and the morals of the ordinary fisher folk of that time.
The novel follows the relationships of Belle, her husband, Jimmie, her daughter Sarah, her mother-in-law, Annie, and the rest of the Watt family.
James and Annie Watt are a typical fisher family, and Annie is horrified when Jimmie, her eldest son, brings Belle to the village as his new bride. She makes her displeasure obvious to Belle who struggles to find acceptance in the village. Belle is engaged in a losing battle however, because the villagers regard her as an incomer.
Jimmie, anxious to buy his own boat, leaves the fishing village to sail with a whaling ship. The story follows him to the Arctic, and on a whale hunt, before he returns home again.
Meanwhile in his absence, Belle has fallen for the charms of Lachlan, the Laird’s son, and embarks on a tempestuous affair with him. When Jimmie returns she struggles with her feelings for him and for Lachlan.
By this time the women in the village are starting to regard Belle as a Jezebel who will tempt their men away. A mood of hysteria engulfs them and they turn against Belle, in an attempt to force her out of the village.
What will Belle do?
And will she survive?

There is some beautiful poetic writing and the complex life of the heroine, Belle, had me gripped from the beginning. Some of the loveliest writing is in the whaling sequences -one can feel the cold - and among the whalers she creates some outstanding characters – Eileen Ramsay, novelist

A Salt-Splashed Cradle drips with historical accuracy, and even the scenes aboard a whaling ship seem to have been recounted directly from an 1800's whaler, almost as if Chris Longmuir boarded those ships and chopped them free from the arctic ice herself – Tim Greaton

Chris Longmuir's books so far have been mysterious, suspenseful stories concerned with some of the darker depths of human nature. So it's surprising to learn that this latest is a romance. But fans won't be disappointed. Yes, it's a romance but the murkier motives and actions are still in evidence – Bill Kirton, crime writer

Beautifully written with deeply enchanting and well drawn protagonists, A Salt Splashed Cradle goes beyond the norms of the historical romance to bring us a story of hardship, love, wanderlust and coming of age. This was a story I did not want to end and I hope the author plans to bring another instalment of Belle's life and loves to us soon – Karen Bryant Doering

Reviews of A Salt Splashed Cradle by Chris Longmuir

Review by: GWEN KIRKWOOD on Jun. 18, 2011 : (Remove)
Apart from the attention gripping storyline the aspects of this novel which drew me in were Chris Longmuir's descriptions and her creation of atmosphere, almost making me believe I was on the whaling ship, sharing the fear and excitment, climbing up, far above the heaving waves.
I could almost feel the stifling heat of the small fishermen's cottage and see the young woman sharing the box bed with her mother-in-law. No privacy at the birth of her child. Early on we feel the tensions of a stranger who does not fit into the close knit community, but whose beauty attracts too much attention from the son of the laird as well as those closer to home. The novel also captures the complex emotions and tensions between a young mother and her child, and Belle and her mother-in-law. A good story and a slice of history.