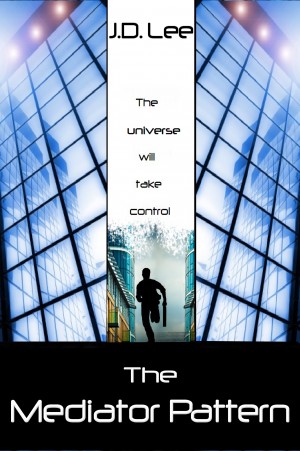 By J.D. Lee
Marcus Metiline lives in the perfect city: America's first corporate city, BelisCo-San Jose. But after meeting a peculiar man beyond the zoned limits, Marcus finds that things are not entirely as they seem in San Jose.
Can he uncover the sinister plot of the all-powerful corporation that runs his life before it's too late? More
Some ​people wait an entire lifetime for purpose. Some don't find it at all. Some spend an eternity searching for paradise... for a Utopia. But sometimes purpose and paradise come at a cost.

But things are not entirely as they seem in San Jose. It is here that jaded, chain-smoking Marcus Metiline's world is turned upside down. ​After taking a mediation job with the ​ubiquitous BelisCo and meeting a peculiar doctor beyond the city's zoned limits, Marcus's world quickly unravels.​ It all starts with flashes of déjà vu and memories that have gone astray. ​As Marcus searches for answers to the increasingly strange events around him, it's not long before he discovers that the fate of the world rests ​in him.

J.D. Lee is an author of fiction based in Los Angeles, Ca.

He has a beautiful family and lives a modest life. He is currently pursuing a degree in economics and has a background in physics and philosophy. Any chance he gets, he likes to work various concepts and ideas from these topics into his writings. He has been writing short stories since he was a young child--at 12 he won a competition in his hometown and in 2012 he received honorable mention in the Wrekin Writers Doris Gooderson Short Story Competition--but it wasn't until recently that Lee began writing novels. The Mediator Pattern is J.D. Lee's first novel, and there are many more to come. He has also had a short story, Auto-Frankology, featured with one of the longest running science fiction, horror and fantasy magazines, Starburst Magazine, in their online Original Fiction category. He is an author with a grand mind and his future works will only further test the boundaries of the imagination.

You have subscribed to alerts for J.D. Lee.

You have been added to J.D. Lee's favorite list.

You can also sign-up to receive email notifications whenever J.D. Lee releases a new book.