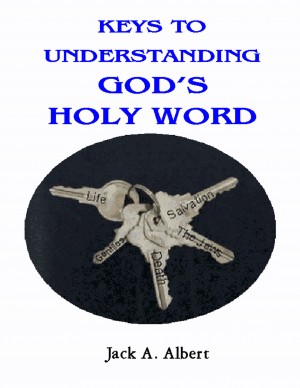 I was born near downtown Joliet, IL by Italian parents on February the 9th, 1932. Started reading the Bible in my mid teens, but didn’t fully understand what Jesus accomplished until years later when I joined the Navy because of the Korean War. I joined the Navy for three reasons: One, I felt a responsibility to serve my country; Two, many of my uncles had served in the Navy during World War II; and Three, because of my religious beliefs, I felt that there was a better chance of my not having to kill anyone face to face in the Navy. After praying about it, I enlisted in the Navy in February 1951, and eventually was assigned to a ship in the amphibious branch of the Navy, named the USS Monrovia APA 31.

Being in the amphibious branch of the Navy, we carried Marines and practiced amphibious landings. During one of those times there was a Marine Master Sergeant who conducted a bible class aboard my ship, and I attended it. It was in his class that I came to fully understand what Jesus did for any of us who puts their faith in Him. God honored my prayer and kept me away from combat. But it wasn’t until many years later (starting in the 60’s) that a cousin and I (after much prayer and study of the Bible) came to see the Jewishness of our beliefs.

My cousin and I and a very close friend started a small church in Lockport, IL, but because our beliefs, for the most part, were different than typical “Christianity” we only lasted for a few years. I eventually ended up in a Messianic Jewish congregation because it was closer to my beliefs. But I no longer attend there. One reason: I don't drive long distances because of my age and some eye trouble,

As I said in the preface of my first book, what I have written (with much prayer) is mainly from my own study of the Scriptures.

Like the Apostle Paul, I never married. Not that I didn’t desire to, but I left it up to God. I came close a few times, but it must not have been His will. Perhaps, if I had married I would never have written my books. As the Apostle Paul said:

Be that as it may, I never married. As I look back, I believe that God had spared me much grief: One died in child birth, one died of cancer, and one died, but I don’t know how since I found out indirectly, years later, through the obituary of her father.

I pray that God, through His Son, Jesus/Yeshua, will guide all who read my books..

Learn more about Jack A. Albert 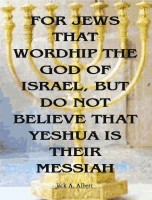 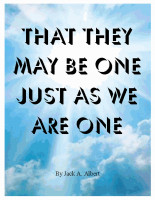 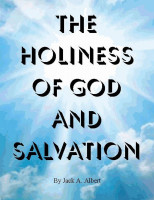 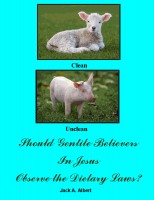 You have subscribed to alerts for Jack A. Albert.

You have been added to Jack A. Albert's favorite list.

You can also sign-up to receive email notifications whenever Jack A. Albert releases a new book.