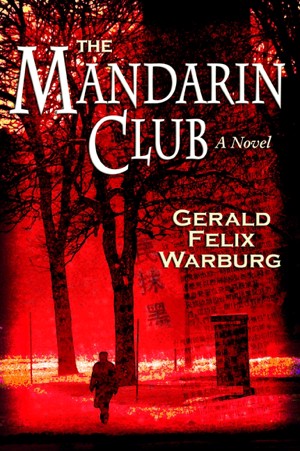 Provocatively detailed through the knowing voice of a prominent Washington expert, this is highly literate fiction. It fuses Big Chill themes with Le Carré rhythms in a post-Cold War story of espionage.

Gerald Felix Warburg has worked in Washington on intelligence, trade, and international security matters since the Ford Administration. He has assisted several executive branch agencies, and served on the staff of leadership in both the United States Senate and House of Representatives, where he was a principal draftsman of the Nuclear Nonproliferation Act of 1978 and other U.S. foreign policy initiatives. In addition, he has provided counsel to several American presidential campaigns and to two democratically-elected presidents of the Republic of China on Taiwan.

As a visiting lecturer, he has taught history and government courses at Hampshire College in Amherst, Massachusetts, and with both Stanford and Georgetown university programs. The author of Conflict and Consensus: The Struggle Between the President and Congress to Shape U.S. Foreign Policy (Harper/Collins), he is currently Executive Vice President for a Washington government relations firm.

A native of Marin County, California, Mr. Warburg holds an undergraduate degree from Hampshire College, and an advanced degree from Stanford University. He and his family currently reside in Virginia.

The Mandarin Club is his first novel.

You have subscribed to alerts for Gerald Felix Warburg.

You have been added to Gerald Felix Warburg's favorite list.

You can also sign-up to receive email notifications whenever Gerald Felix Warburg releases a new book.