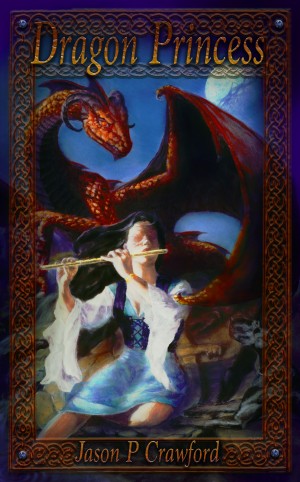 A hard task for any young woman, but for one blinded at birth, nearly impossible.

Approaching her seventeenth year, and finding her worth under scrutiny from all corners, Amalia learns a devastating truth – dragons, the fabled foes of her ancestors, have returned. To defend her people and her kingdom, every last one must be destroyed…but her convictions are shaken when she discovers that they are not the unthinking beasts of her nation’s collective nightmares, but intelligent creatures much like herself.

Amalia must uncover the secrets hidden in the shadows if she is to avert a war that could end in the deaths of her family and her people. But some truths may be better left buried…
Available ebook formats: epub mobi pdf lrf pdb txt html
First 20% Sample: epub mobi (Kindle) lrf more Online Reader
pdb
Price: $2.99 USD
Buy Add to Library Give as a Gift
How gifting works
Create Widget
Tags: magic dragon royalty
About Jason P. Crawford