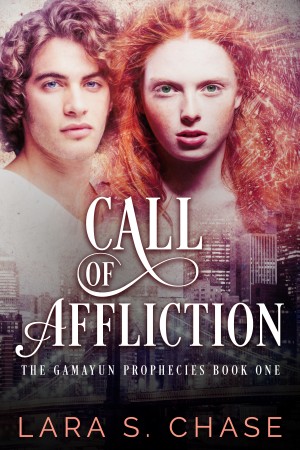 Rated 5.00/5 based on 1 reviews
Galine Karsavina no longer has control over her body. She is forced to shift into the half woman, half bird Gamayun and deliver prophecies to Sirin, who guards the gates of hell. The last Gamayun lost everyone she ever loved. Galine refuses to meet that same fate, even if that means lying to her sister and best friend. Her only ally is Sasha, but can she trust this guardian keeping secrets? More
I am no longer in control of my own body.

Without warning and without my consent, my shape shifts and contorts into the half woman, half bird form of the Gamayun. That’s bad enough, but then I’m forced to deliver prophecies to Sirin, the immortal who guards the gates of hell. Messages she doesn’t care to hear, and she’s not afraid to use deadly force to silence me.

I’m starting to see things no one else can see. The last Gamayun died in a psych ward, having lost everyone she ever loved. I refuse to meet that same fate, even if that means lying to my sister and best friend.

The only person I can turn to is Sasha, the mysterious stranger who guarded the previous Gamayun. When I stare into those pale blue eyes, it’s hard to be objective. Can I really trust him? For every piece of advice he gives, there are ten more secrets he’s not telling me.

Lara Chase was born and raised in rural Indiana surrounded by corn fields. Finding her environment somewhat boring, she spent most of her childhood with her nose buried in a book or writing stories in her head to entertain herself. Eventually she decided she should probably start writing some of them down.

After graduating high school, Lara decided a change of scenery was in order. She lived in Oklahoma, Minnesota, and Illinois picking up the first bachelor’s degree she doesn’t use and a husband. The husband she’s quite fond of, but the states she wasn’t as taken with. She moved again, but this time she was smitten. It would likely take an act of Congress to remove her from Durham, North Carolina. Since relocating, Lara has acquired another bachelor’s degree that has proven to be merely decorative.

She still gets restless at times, though, so she and her husband swap houses with families in other countries. Lara wrote some of the first lines of The Gamayun Prophecies hanging precariously out of a third floor apartment window in Italy trying to get a wireless signal. Luckily, writing at home is usually less dangerous. Her greatest threat there is the disgruntled cat who keeps sitting on her keyboard.

About the Series: The Gamayun Prophecies

Galine Karsavina’s life has always been difficult, but it’s about to get much worse. She already had enough responsibility as both a nursing assistant and her sister Katja’s guardian. But when an embittered and mysterious patient dies in her arms, Galine’s eyes are opened to a mythical world few ever see. With the stranger’s last breath, Galine is transformed into a half woman, half bird creature covered in flame-colored feathers. She has been chosen as the next Gamayun and is forced to be a prophet for a God she doesn’t believe exists.

The world of the Gamayun holds only danger for Galine. Forced to shift into her half bird form, she is sent with prophetic warnings to her darker counterpart the Sirin. Oozing seduction and violence and aided by her legions of demon hawks, Sirin is determined to silence Galine by any means. Her only ally is Sasha, the guardian of the previous Gamayun. Galine is drawn to him, but he might be safer without her.

Also in Series: The Gamayun Prophecies

I love this series! The author has crafted an intriguing myth while delicately exploring themes of friendship, religion, and life amidst suffering. I enthusiastically recommend it!

You have subscribed to alerts for Lara S. Chase.

You have been added to Lara S. Chase's favorite list.

You can also sign-up to receive email notifications whenever Lara S. Chase releases a new book.