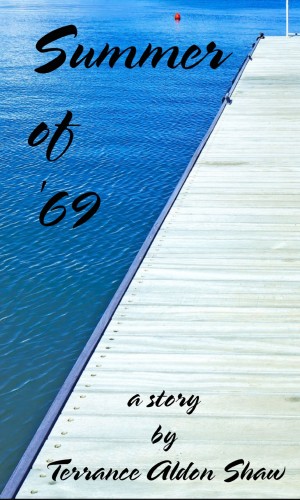 “1969 was my summer of love; the summer Aunt Penny taught me how to juggle; the summer I finally got the hang of driving a clutch, lost my virginity and my stutter, all on the same incredible night. It was the summer of one small step that changed the course of history for all mankind, and of one giant leap that changed a lonely boy’s life forever.”

“Summer of ‘69” is the funny, sometimes poignant story of classic rock, not-so-cool cars, and the agonies of puberty; sex and the generation gap, the clash of cultures and the games people play for a thrill. A story about coming of age and coming into your own; learning to stand up for yourself and the ones you love; finding your place in a world that doesn’t want to understand, and finding your true voice in the last place you’d ever expect.
Download: epub mobi (Kindle) pdf more Online Reader
lrf pdb txt
Price: Free! USD
Add to Library
Create Widget
Tags: woodstock yiddish blind faith speech impediment 60s rock 60s films 67 corvette vw beetle
About Terrance Aldon Shaw

You have subscribed to alerts for Terrance Aldon Shaw.