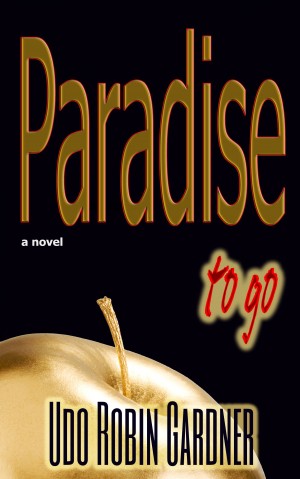 By Udo Robin Gardner
The journey of a charismatic social climber, a charming lady-killer. A story fraught with power, corruption, sex—and the ever fascinating game of love and chance. More
Suddenly, Rante Kleinknecht finds himself down--not only because he drunkenly runs nose-first into a wall, but because he has just found himself out of a job. Not the best scenario for scoring points with the lady he's fallen head over heels in love with…
After a less than stellar career as an actor, and a brief interlude in Danish porn, Rante's zigzag path lands him a successful gig in real estate. The young, good looking guy has finally taken the elevator straight to the top. But there is a price to be paid for his new-found success: an empty marriage. Not a problem; until his former love unexpectedly turns up – and their undying passion takes over…
The time: 1967 – 1975. Sex, drug, rock’n’roll – the Beatles, Stones, Dylan, Baez, Hendrix and on to the Europop of Abba – as culture and politics turned upside down. The gray of the Fifties vanished in a burst of psychedelic color, propelling the world into that long-overdue future we live today.
The European overlay also provides the non-European reader with the pleasures of a tourist—first-time or habitual—in traipsing back and forth across the Continent, taking him from Berlin to Copenhagen to Paris, from Heidelberg to the Rhineland, and on the Greek Isles, the South African Tsitsikama Forest, and ultimately to Rante’s own amenity-laden condominium Utopia on the Baltic Sea.
Available ebook formats: epub mobi pdf lrf pdb txt html
First 20% Sample: epub mobi (Kindle) lrf more Online Reader
pdb
Price: $3.99 USD
Buy Add to Library Give as a Gift
How gifting works
Create Widget
Tags: jealousy riches heartache tenderness fling social climber messy relationship
About Udo Robin Gardner

Udo Robin Gardner is the pen name of a Berlin actor and director. This is his first novel, apart from an early attempt at the age of fifteen. Before writing Paradise To Go, he worked extensively in the German-speaking theatre in Berlin, Bonn, Frankfurt, Vienna and on television and radio, as well as mounting productions as far afield as Beirut, Bahrain, and Washington DC. In addition to holding degrees in Law and Theatre, he travels a great deal and frequently finds himself in New York.

Reviews of Paradise To Go by Udo Robin Gardner

You have subscribed to alerts for Udo Robin Gardner.

You have been added to Udo Robin Gardner's favorite list.

You can also sign-up to receive email notifications whenever Udo Robin Gardner releases a new book.