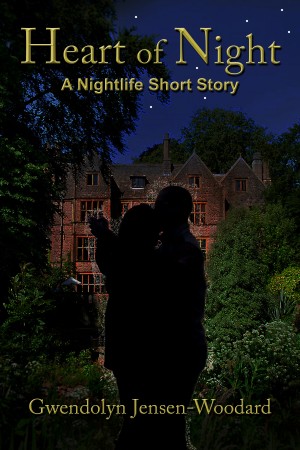 Gwendolyn Jensen-Woodard lives with her two loves, four dogs, two cats, and a very strange housemate, in the Pacific Northwest. She loves acting, but especially loves writing, which she’s been doing since she was twelve.

We first met Gwendolyn several years back, when she auditioned and then did the voice acting and production on of some of our first audiobooks. As one of the owners of Gypsy Audio, we heard she’d written some of the fabulous audiodramas there, and our curiousity grew and grew… when I asked her if she might consider writing a novel or short stories, imagine my excitement when she said she would… and now, has!

About the Series: Detective Lilah Evans, Protector of the Night

Stories, Long and Short, from the active mind of Gwendolyn Jensen-Woodard.

Also in Series: Detective Lilah Evans, Protector of the Night

You have subscribed to alerts for Gwendolyn Jensen-Woodard.

You have been added to Gwendolyn Jensen-Woodard's favorite list.

You can also sign-up to receive email notifications whenever Gwendolyn Jensen-Woodard releases a new book.