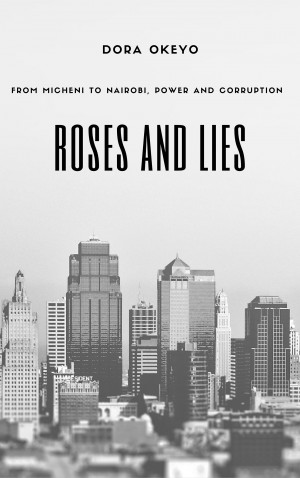 Dora is wandering along the shores of Lake Victoria.
She loves her coffee and slices of cake as much as she loves her pencils and writing pads.
She's the author of The Currents Series, Confessions of a Chair and Sifuna. 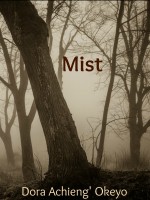 It is a story of hope of fame and of betrayal, a scene so often replicated by our very own, of a politician and his subjects and the unending demands placed on them. A good read that captures the imagination.

Allan is the foster child of Micheni, a remote village that knows development from the TVs and papers they don’t get to read. Like any other generation X’s kid, Allan goes to school barefoot, probably with torn pants, queues for porridge which his body exhausts long before he gets back to class, the discipline is super, and well, he is expected to fail.

But Allan is the only of Micheni’s children to excel, to go to a national school, and join the elite profession of defending criminals. He makes it in the city of profanity, but he doesn’t forget his roots. His only thought is the people of Micheni, how he would put them at par with the rest of the civilized world. His roads take investors to Micheni, and he facelifts his former school. ‘His name rolled off the tongues of his people like the saliva they needed to utter words’. His efforts see him requested by the people of Micheni to represent them in parliament before they become sloth and cynical.

Allan, as success goes with men, gets himself a wife; a true beauty, daughter of another people but is welcomed by his people. Pamela is the pillar in Allan’s life, even when he betrays her and loves it far from her arms, and he meets his untimely demise.
Now, Roses and Lies is a powerful story. It is a story of hard work, success, and fall; a great story of love, trust, and betrayal. The language used is simple yet moving, the form is just so fine, and the theme is well tackled with a tinge of reality. Roses and Lies is relatable, intriguing, and captivating.

Despite the paltry syntactical and grammatical errors, and the usual depiction of women as the victims always, which I find prejudicial of the author, I give Roses and Lies a cool two stars because I did not really find it connecting. When the story ends you want to read it again and try to grasp what it really is happening, you want to read more, not because the suspense takes you to the edge of a cliff but because you feel it is not complete. Exposition feels like the reader has to beg for it.

On a general, Roses and Lies had the Dora Achieng’ trademark.

You have subscribed to alerts for Dora Okeyo.

You have been added to Dora Okeyo's favorite list.

You can also sign-up to receive email notifications whenever Dora Okeyo releases a new book.