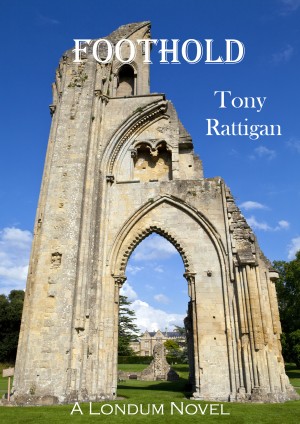 After 22 years in the Royal Air Force, 5 years in the National Health Service and 10 years at one of the UK’s largest charities, Tony decided he’d done enough for Queen and Country and he was about due some ‘me’ time.
Consequently he took early retirement in 2010 to work on his writing. He lives in Oxfordshire UK with his Albatross and a pet monkey. (No, not really. That’s just a vain attempt to sound interesting.)
Rufus Cobb, Adele Curran and Jim Darby are the lead characters in a series of books – The Londum Series - written by Tony Rattigan. Set in an alternate Victorian Era, they recount the adventures of Rufus Cobb a private detective, his lady friend Adele Curran (who just happens to be a witch) and Jim Darby who is a jewel-thief and conman ... but whose crimes strangely only seem to benefit the poor. Cobb and his friends live in the city of Londum, in the country of Albion, the centre of the British Empire.

Also in Series: The Londum Series

You have subscribed to alerts for Tony Rattigan.

You have been added to Tony Rattigan's favorite list.

You can also sign-up to receive email notifications whenever Tony Rattigan releases a new book.