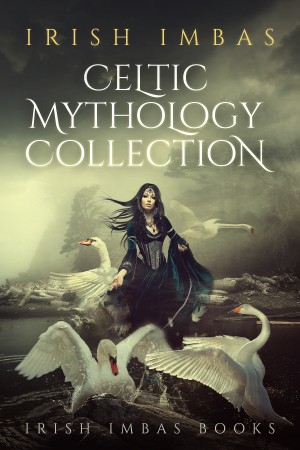 Love, mystery and drama, these fascinating tales mark a new movement of authentic and original Celtic-based writing and a better understanding of Celtic cultures.

Irish Imbas Books was established in 2014 by Irish author Brian O'Sullivan and family.

At present, we mainly produce fiction (literary/ adventure/thriller/) that contains strong elements of Irish culture, folklore and mythology (although not so much that they dominate the plots). We have three independent series going; the Beara Trilogy, the Irish Woman Warrior Series and the Fionn mac Cumhaill series. The first book in the latter (FIONN: Defence of Rath Bladhma) was selected as a finalist for Mark Lawrence’s SPFBO 2016 competition (the major fantasy competition for small/independent publishers).

Whenever possible, we publish short stories, either as a single item or as part of a collection. In this regard, we also hold an annual Celtic Mythology Short Story Competition which is currently our key mechanism of getting free – but accurate – information on Celtic culture out there into the world. Over the next two years (2019/2020) we’re also hoping to produce some unique works on Irish culture/folklore as well.

Although we mostly publish and sell our books through ebookstores such as Amazon/ Kobo/ iBooks/ Barnes & Noble and so on, we also provide digital books (DRM-free) and audiobooks through our website. Hard copies are available through Amazon (Createspace) and most can be ordered through any bookshop.

You have subscribed to alerts for Irish Imbas Books.

You have been added to Irish Imbas Books's favorite list.

You can also sign-up to receive email notifications whenever Irish Imbas Books releases a new book.