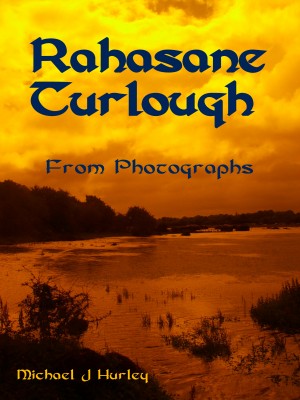 By Michael J. Hurley
A study of the area around Rahasane Turlough in County Galway in Ireland More
The Turlough, or disappearing lake, at Rahasane is situated between the towns of Craughwell and Clarinbridge in County Galway, Ireland. The author took many photographs during the years 1998 to 2008 and uses a selection to portray the beauty of this unique landscape and its wildlife. Rahasane is the largest surviving limestone Turlough in Ireland.
Download: epub mobi (Kindle) pdf more Online Reader
lrf pdb txt
Price: Free! USD
Add to Library
Create Widget
Tags: nature wildlife galway turlough craughwell dunkellen dunkellen river rahasane rahasane turlough swallow hole
About Michael J. Hurley

Michael John Hurley was born in Baldoyle County Dublin in June 1950. He has harboured a lifelong interest in the history of the local hinterland. Michael has written the following books on the locality:'Where Came Dark Stranger', 'The View from The Grandstand', 'The Train to Howth', 'Articles, Particles, & Facts, 'Tales of Old Baldoyle', 'Baldoyle The Racecourse Village', 'Baldoyle, Portmarnock, Sutton - A Local History','The Light of Other Days', 'An Introduction to The Wild Flowers of Baldoyle', 'A Quick Guide To Old Baldoyle', 'The Story of Stapolin'. 'Cill Fhionntáin', 'Sutton, Baldoyle Musical Society 40th Anniversary', 'Baldoyle 1911 - The Census Year', 'The Great Northern Railway (Ireland) in the areas of Baldoyle, Howth, Sutton, County Dublin','The Howth Peninsula From Old Postcards' (with Anne Murphy). He has also released two DVD programmes on the locality. He has a photo collection of some 3,000 local images and gives talks and photo presentations to community groups in the area of north Dublin. For family reasons Michael has lived in County Galway since 2013. He has subsequently published books in association with Lackagh Museum including 'The Fair of Turloughmore', 'By The Bank of the Clare', 'Turloughmore Dispensary', 'Carnoneen Chapel', and 'Natural Lackagh'. His latest e-books are on the subject of the Galway General Omnibus Company Limited, Galway Horse Trams, and Galway Bay Steamboat Company. 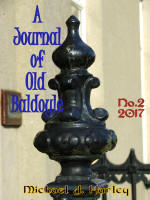 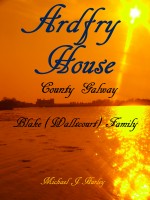 Reviews of Rahasane Turlough from Photographs by Michael J. Hurley

You have subscribed to alerts for Michael J. Hurley.

You have been added to Michael J. Hurley's favorite list.

You can also sign-up to receive email notifications whenever Michael J. Hurley releases a new book.