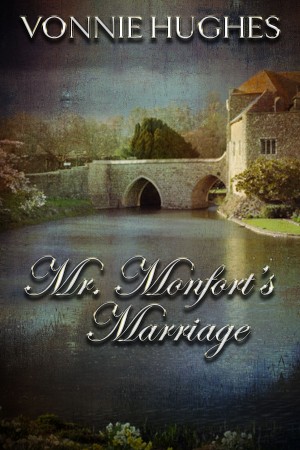 By Vonnie Hughes
A marriage of convenience is not always convenient.

The woman needs saving, so he'll save her. A marriage of convenience should suit them both. But don't expect him to trust her or love her in spite of those knee-trembling smiles and bright intelligence. Women of the ton are not to be trusted. But Verity certainly is enticing...
Available ebook formats: epub mobi pdf lrf pdb txt html
First 20% Sample: epub mobi (Kindle) lrf more Online Reader
pdb
Price: $3.99 USD
Buy Add to Library Give as a Gift
How gifting works
Create Widget
Tags: romance love suspense historical danger nineteenth century regency society ton convenient marriage
About Vonnie Hughes

Vonnie’s family members were born in New Zealand and now live in Australia.

As with many writers, she began writing stories during middle childhood. Over time she won a bunch of writing contests, garnering a variety of prizes that included a pony, cash and an overseas trip. When she looks back over her family tree, she can see why the compulsion to write is inherent.

Her employment has usually involved writing in one shape or form e.g. composing resumés, compiling technical books and drafting legal documents. She has accrued an eclectic group of useless qualifications such as a radio announcer’s diploma, a diploma in journalism/creative writing, the major part of a Diploma in Business, part of a Bachelor of Arts degree and an interior decorating diploma.

Vonnie has settled into writing two genres – historicals and contemporary suspense although all her writing includes mysteries of some sort or another. She loves the two-faced restrictive Victorian lifestyle, the intricacies of the social rules of the Regency period and the far-ranging consequences of the Napoleonic Code. When writing suspense, she can give free rein to her fascination with forensic matters and the weird convolutions of the human mind.

You have subscribed to Smashwords Alerts new release notifications for Vonnie Hughes.

You have been added to Vonnie Hughes's favorite list.

You can also sign-up to receive email notifications whenever Vonnie Hughes releases a new book.