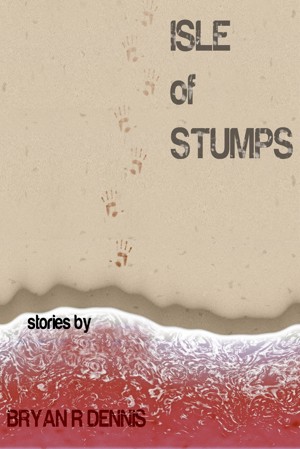 By Bryan R. Dennis
Rated 3.25/5 based on 8 reviews
Aliens, boot camp, and freaks. Three astonishing tales. More
ISLE OF STUMPS: A story exposing the human desire to fit in and act normal, even when society's “normal” is grotesque.

EIGHT LEGS TO DOOMSDAY: A husband belittles his wife over her arachnophobia and will soon learn that no fears are too small when danger lurks in misleading proportions.

SWALLOWING A BOOT: Nothing escapes the probing eyes of the drill sergeants in the Army’s “House of Pain.” Not the fat guy with a craving for junk food, and not the skinny guy sent to fetch it for him.

Born and raised near Chicago, Illinois, Bryan later moved to Las Vegas, Nevada and enrolled in UNLV’s college of business. It took a degree in Accounting, three years of daydreaming in cubicles, and a collection of stories piling up on his hard drive to learn that he is a writer and not an accountant. His writing style is most-influenced by screenplays, of which he is a voracious reader. Chandler, Carver, Hemingway, Bukowski, and Murakami are also heavy influences. He currently resides with his family in Las Vegas, Nevada. 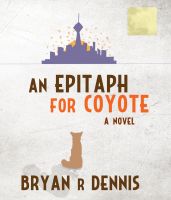 Reviews of Isle of Stumps by Bryan R. Dennis

Three very cool short stories all have a military thread to them. Ranging from bizarre to to ordinary boot camp. This was an definetly an interesting read. All three stories are really very readable and was a great way to spend a day in the sun.

***
If you blink, each story will have ended before you can issue an opinion. Isle of Stumps is a brief story about one military man’s sacrifice. Find out what he will do to fit in. Swallowing a Boot is an ironic boot camp story about having too little and too much of a good thing. In Eight Legs to Doomsday, one spider disobeys orders to save humanity. Author Bryan R. Dennis asks the same question in all three short stories, “Who benefits from blind military obedience?”

Isle of Stumps is a collection of short stories. The title come from the first story where a man is cast adrift at sea after failing a initiation rite in some fantasy land, He ends up as a castaway on an island. The locals shun him as he was not mutilated at birth as they have been. I liked this story as it is a parody of the way societies divide along religious and ethnic lines, depite being the same species! I didn't like the way that the ending was suddenly thrust under my nose- it felt like I was being rushed. The ending requires explanation.

The middle story is about how men crack under the pressure of military training and will do anything to subvert the system. The men will go to ridiculous lengths just to get a sugar fix! This story is okay, I felt fairly ambivalent towards it. The writing is good enough, I just didn't feel moved by it and wasn't especially bothered what happened.

The third story concerns an invasion of robotic spiders. The writing flips between the mind of the beings controlling the robots and those of the humans dealing with 'spiders' in their house. My opinion of this story is much the same as the last one.

This is a collection of 3 short stories.

'Isle of Stumps' is about a young man set adrift on a raft after failing a military test. He ends up on a remote island inhabited by grotesquely deformed people. The locals shun him and refuse to allow him to be part of village life. How far will he go in order to fit in? I was slightly disappointed with the sudden jump to the ending of this story although that did impart a shock factor.

'Swallowing a Boot' is about a group of army recruits whose every move is watched by their drill sergeant. One night a recruit sneaks out to buy junk food. He succeeds but is found out. I didn't quite get the meaning behind this story. Why did he take the risk knowing he'd probably get caught? Had conditions in the camp driven him to delirium and a need to rebel?

The final story is 'Eight Legs to Doomsday' about some robot spiders set to take over the world. One tries to warn the humans but gets swatted with a newspaper leaving the rest to our imaginations.

Also in my Kindle copy was an excerpt from Dennis's first novel, which I didn't read, and another short story 'Perfect' which I enjoyed about a man who prides himself on being perfect but who is actually very lonely.

In all a good, well-written set of stories although not particularly to my taste.

I really enjoyed these short stories. The spiders invading are adorable... very cute story. The tribe banishment is interestingly different but I liked and was shocked by it. The army story was a little predictable... but well written.

This is a Reading Good Books review.

Isle of Stumps refers to the first story in this three-piece collection. All three stories have military themes. The first one was about fitting in with the population, with how they look like, even though the norm looks grotesque and ‘unnatural’ to us. Set in the dystopian future, a would-be warrior fails his final test and gets thrown out into the sea to die. He ends up on a strange island with an even stranger population. It was scary, the lengths he had to go to in order to fit in.

Swallowing a Boot is set at Army boot camp. The recruits are under the watchful eye of a harsh drill sergeant. They wanted more food and soda and other junk that they are not allowed to have while in basic training. One of them sneaks out but nothing escapes the eye of Drill Sergeant Petri. (It does not have anything to do with the collection’s title.) I didn’t get it, really. I mean, I am very familiar with the whole military basic training and all that, so I appreciated that aspect. But I didn’t get the point of the story.

The third short story is Eight Legs to Doomsday. It is about an alien race threatening to wipe out the humans with the use of poisonous spiders. They are minuscule creatures and they do their job while inside robotic spiders, relying on the arachnophobia of some humans. I liked this story the most. A team goes into mutiny and tries to stop the invasion. In the end… well, the ending was the fun part.

The book also includes an excerpt of the author’s debut novel An Epitaph for Coyote, which I will not review on this post.

Recommendation: I gave it a three because it’s not the best but it’s also not bad. It’s very quick read, if you’re looking for something to pull you out of your boredom.

I loved it because it included a lot of short stories. It continued to keep my attention.

Isle of stumps is a collection of really short stories. They are okay. made me think about thier situations.
The first story told about a warrior people and how this one person failed the test because he hesitated before killing his mother that he just met. He was kicked out population tied to a raft and let go. He ended on a island that the people had no legs and walked on thier hands and hated him. He was lonely and showed how he changed to fit in.
another story told about soldier in training and what he would do for his caffine craving.
the one story is my worst fears in action. The earth is invaded by poinson spiders that want to kill everyone. they want to live here without us. I would deffinately not want to see that.
their are a few more stories in this collection. well written, but the subjects are not what I care for personaly. I was given the ebook for exchange of honest review. the spider story is still creeping me out.

You have subscribed to Smashwords Alerts new release notifications for Bryan R. Dennis.

You have been added to Bryan R. Dennis's favorite list.

You can also sign-up to receive email notifications whenever Bryan R. Dennis releases a new book.