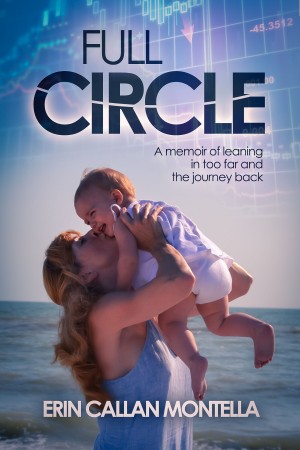 Set against the backdrop of the dramatic circumstances at Lehman Brothers in 2008, Erin discloses her own struggle as events spiraled out of control. Ultimately, her resignation from her executive role prior to the Lehman bankruptcy resulted in a devastating personal crisis as her career crumbled revealing no foundation beneath it. We learn of the journey back to change her life with a semblance of present day peace and happiness. Full Circle provides a unique inside and emotional perspective of the sacrifices Erin made to achieve extreme career success and the self-awareness required to return to being the fundamentally grounded person she was as a child.

Erin’s tenure as CFO of Lehman Brothers extended through the Bear Stearns collapse and ended prior to Lehman’s bankruptcy filing. She was the public face of Lehman during this tumultuous period, and her role was widely covered by the media both at the time and in the aftermath of the crisis. She was recognized in 2007 as a “Woman to Watch” by Fortune Magazine in their annual review of the “Most Powerful Women in Business” and the Wall Street Journal. The New York Post ranked her as the third most powerful woman in New York in 2008.

Erin grew up In Douglaston, New York, a neighborhood in Queens. She is married to Anthony Montella and has a daughter, Margaret Mary Montella.

You have subscribed to alerts for Erin Callan Montella.

You have been added to Erin Callan Montella's favorite list.

You can also sign-up to receive email notifications whenever Erin Callan Montella releases a new book.