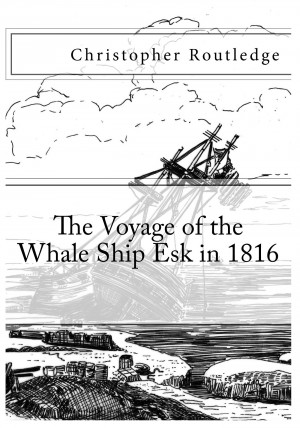 The Voyage of the Whale Ship Esk in 1816

By Christopher Routledge
In 1816 William Scoresby Jr. sailed to the Arctic whaling grounds with his ship the Esk. But what should have been a routine and profitable voyage became a struggle for survival on the Arctic ice. More
In March 1816 the whale ship Esk sailed from Whitby on the east coast of England on a voyage to hunt whales in the Arctic. Commanded by one of the most successful whaling captains of the time, William Scoresby Jr., it should have been a successful and lucrative summer whaling season. But bad weather and floating ice put an end to any hopes of a profit. This short book tells the story of a famous commander and a remarkable rescue.
Available ebook formats: epub mobi pdf lrf pdb txt html
First 20% Sample: epub mobi (Kindle) lrf more Online Reader
pdb
Price: $0.99 USD
Buy Add to Library Give as a Gift
How gifting works
Create Widget
Tags: ship icebergs arctic maritime shipwreck whaling whitby 1816 esk william scoresby jr
About Christopher Routledge

Christopher Routledge is a writer, academic and photographer who has written mostly on literature and history, but also on beer and philosophy. He has a longstanding interest in nineteenth-century whaling and in 2013 he was one of the organisers of the first ever Moby-Dick reading marathon in the UK, at the Merseyside Maritime Museum in Liverpool. He holds a PhD from the University of Newcastle upon Tyne on the subject of Raymond Chandler and is currently writing a book about the whaler and explorer William Scoresby Jr. His previous books include Mystery in Children’s Literature (edited with Adrienne Gavin) (Palgrave, 2001), and Cain’s: The Story of Liverpool in a Pint (Liverpool University Press, 2008). He can be found online at chrisroutledge.co.uk and mottersheadandhayes.co.uk 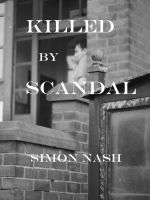 You have subscribed to alerts for Christopher Routledge.

You have been added to Christopher Routledge's favorite list.

You can also sign-up to receive email notifications whenever Christopher Routledge releases a new book.