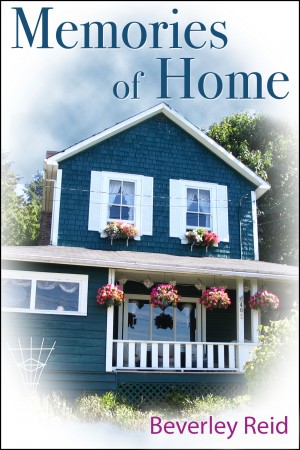 By Beverley Reid
"Memories of Home" takes a nostalgic look at the difficult process of leaving a cherished island family home. The book depicts the uniqueness of island life as it is lived by children and adults and celebrates the strength and importance of community. More
A beloved family home situated on a beautiful picturesque island is listed for sale. The nature of "home" is discovered through poignant memories of the events and experiences of a close knit group whose lives are shaped by the community which envelops them. From generational traditions on major holidays to a chance encounter with The Rolling Stones, "Memories of Home" invites the reader to share in the passage of a unique way of life enjoyed by few but cherished forever by those fortunate to have lived it.

Beverley Reid is an award winning director and producer living with her husband and three cats on an island off the coast of British Columbia. She is a co-founder of Coming Home Films Inc. From the Mekong to the Nile, her documentary films have told the stories of adults and children working and living in some of the most challenging places on earth. She has been honored at numerous US and international film festivals and had her productions shown on television networks in North America, Asia and Australia. She is the author of two textbooks, a non-fiction book, essays, and scripts too many to mention. A college teacher, hockey fan, and avid dragon boater, her favorite time is spent with her much loved grandchildren.

You have subscribed to alerts for Beverley Reid.

You have been added to Beverley Reid's favorite list.

You can also sign-up to receive email notifications whenever Beverley Reid releases a new book.