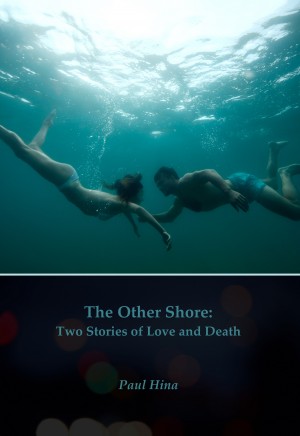 The Other Shore: Two Stories of Love and Death

Paul Hina is the author of eight novels including Imeros, Let it Snow, and Double Play. His eighth novel, The Other Shore, was released in March 2016 with the story From the Boathouse in a single volume, The Other Shore: Two Stories of Love and Death. The Lavender Haze: Three Stories of Flirting with an Affair is his most recent release and includes three new stories. Hina has also published four collections of poetry including Such Deliberate Loveliness, Of Wanting and Rain, Origami Moonlight and Music Only We Know. Paul currently lives in Athens, Ohio with his wife, Sarah, and their two children.

Reviews of The Other Shore: Two Stories of Love and Death by Paul Hina

In the novella "The Other Shore" Paul Hina captures romance and domestic drama with psychological nuance. He writes incredibly well and with tenderness about unique relationship situations and flawed but complex characters. The first novella in the volume is remarkable: a son of a famous poet returns home to mend his relationship with his dying dad and deal with his sexual attractions to a grad student at his dad's department while dealing with his own rocky marriage. The story may have ended in a predictable place, but I really enjoyed getting to know all the people. My only"complaint" (maybe it's a lament?) is that everybody is so rational and well-spoken that it's hard to imagine them really fighting for long. This book is a beautifully told tale; it's both a multi-faceted love story and an exploration of the protagonist's ambivalence about marriage. Compare to DH Lawrence or possibly some realistic writer like Anne Tyler or Somerset Maugham..

You have subscribed to alerts for Paul Hina.

You have been added to Paul Hina's favorite list.

You can also sign-up to receive email notifications whenever Paul Hina releases a new book.