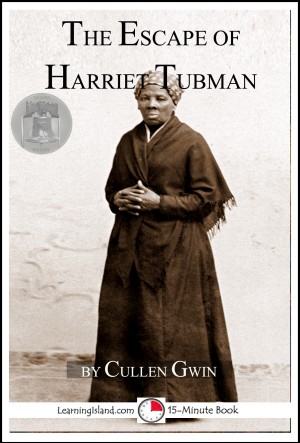 The Escape of Harriet Tubman

Find out how Minty escapes to the North and to freedom in this exciting 15-minute book.

This book is part of our "Heroes in History" series. These 15-minute books focus on a specific moment in a historic person's life. Aimed at second graders, they provide the perfect introduction to famous Americans in an exciting, fun-to-read way.

Cullen Gwin was born and raised in California and still makes it his home. He always loved writing, even as a youngster, and remembers when his mother would make his sisters listen to his latest creation around the dinner table. This event was always met by groans from his siblings.
Thankfully his writing has improved since then and it is much more welcome to his readers.

About the Series: Heroes in History 15-Minute Books

Our Heroes in History series introduces early readers to heroes in American history. Some are well known, such as Ben Franklin. Others are much less known, such as Rebecca Motte. This series is aimed at second graders (ages 6-8).

You have subscribed to alerts for Cullen Gwin.

You have been added to Cullen Gwin's favorite list.

You can also sign-up to receive email notifications whenever Cullen Gwin releases a new book.