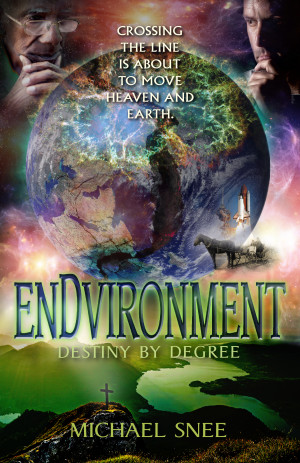 By Michael Snee
Lonely divorced Jonathan discovers secret research to support Jesus’ warnings of earthquakes at the end times and learns sinister forces have murdered to keep this research quiet. As he meets and falls in love with Cindy, can he keep murderous secrets from her while praying for survival? More
Earthquakes are increasing.
They’ll get worse.
But you better not tell anyone the real reasons why.

When Jonathan’s two daughters from a failed marriage find a dusty locked box in his Grandmother’s attic, its strange contents lead to a paranoid hermit who still conducts secret research started by his Grandfather. Upon meeting the hermit, Jonathan is terrified to learn how production of oil, coal, dams and cities has redistributed so much weight around our planet, it’s beginning to trigger earthquakes, pushing us toward environmental catastrophes foretold by Jesus––facts that sinister forces want to keep hidden at any price. Meeting and falling in love with Cindy could not have come at a worse time. How will he keep these murderous secrets from his new love?

Michael enjoyed a creative career in advertising, taught at universities and worked for a number of agencies before launching his own design company in 1990. He has four children and five grandchildren.

In 1972, as he completed a BFA in graphic design he also finished an illustration project, which self-funded his three-month backpacking journey through Europe. His wanderings included the memorialized Dachau concentration camp and Anne Frank’s hiding site in Amsterdam. Walking in those ghostly footsteps of inhumanity forever changed his worldview from one previously formed growing up on an Ohio farm.

Along with music composition, Michael enjoys a canopy of starlight during midnight walks, thanking God for so many blessings in his life and the life of others.

You have subscribed to alerts for Michael Snee.

You have been added to Michael Snee's favorite list.

You can also sign-up to receive email notifications whenever Michael Snee releases a new book.