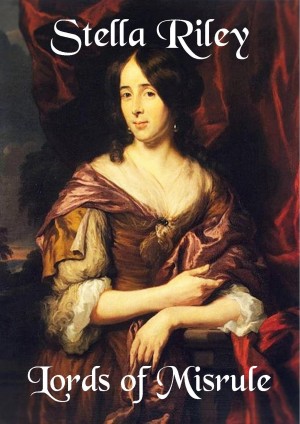 By Stella Riley
Rated 5.00/5 based on 1 review
Increasingly disenchanted with life in general and Oliver Cromwell in particular, Eden Maxwell becomes involved in the dramatic events surrounding a small workshop where some of his disabled former troopers have found employment, thanks to the determination of a young widow, Lydia Neville. More
Still tied to his desk in the Intelligence Office, Colonel Eden Maxwell has become increasingly disenchanted with both Oliver Cromwell and his own daily existence; and with the advent of new Royalist conspiracies, he despairs of ever getting away.
Then a brick hurled through the window of a small workshop sets in motion a new and unexpected chain of events. After all, who would want to hurt Lydia Neville – a young widow, giving work and self-respect to maimed war veterans considered unemployable elsewhere? But when the assaults in Duck Lane escalate, threatening the life and remaining limbs of some of Eden’s former troopers, finding the culprit becomes personal.
At their first meeting, Lydia finds Colonel Maxwell annoying; by their second, having discovered that he had arrested and questioned her brother in connection with the Ship Tavern Plot, she mistrusts his motives. On the other hand, it swiftly becomes plain that she needs his help … and has difficulty resisting his smile.
Solving the increasingly hazardous mystery surrounding Lydia is not Eden’s only task. Between plots to assassinate the Lord Protector and a rising in Scotland, he must also mend the fences within his own family and get to know his son. Life suddenly goes from mind-numbing boredom to frenetic complexity.
With reckless Cavaliers lurking around every corner and a government still struggling to find its way, Lords of Misrule is set against a time of national discontent and general failure. But readers of the previous books in the series can look forward to catching up with old friends as well as meeting new ones … while, against all the odds, Eden and Lydia find danger and reward in equal measure.
Available ebook formats: epub mobi pdf lrf pdb txt html
First 15% Sample: epub mobi (Kindle) lrf more Online Reader
pdb
Price: $6.20 USD
Buy Add to Library Give as a Gift
How gifting works
Create Widget
Tags: cryptography oliver cromwell protectorate gerards plot royalist conspiracy ship tavern plot
About Stella Riley

All 6 books of the Rockliffe series (recommended in The Times newspaper!) are also available in audio, narrated by Alex Wyndham - as is the first in the new Brandon Brothers trilogy, A Trick of Fate

About the Series: Roundheads & Cavaliers

Adventure, danger and romance set during the English Civil Wars of the 17th century.

Wonderful. Simply Wonderful
Simply wonderful is how I start this review of Stella Riley’s fourth book in her Roundheads & Cavalier series, Lords of Misrule.
It is truly an excellent novel full of twists and turns that kept me guessing right to the end. Not only does it have a super plot line but also deals with the history of England in the mid-1650’s that is so often misunderstood, in a clear, concise and informative manner.
As with her other books in this series, she concentrates on one of her brilliant characters who we’ve met in previous books. In this case it’s Eden Maxwell, who isn’t the easiest of men primarily because of the raw deal life has given him. For example his marriage to Celia in Black Madonna after Eden had thought that she was the “loveliest creature that he had ever seen”. What a mistake!
We meet him in Garland of Straw and Kings Falcon where his relationships are somewhat muddled – Pheobe and Deborah . We also see him as an outstanding soldier before moving into intelligence under Thurloe where he begins to question his role and what is happening to an England ruled by Parliament under Oliver Cromwell.
So now he gets his own book and what a first class story Ms Riley has created for this sometimes awkward man.
Her heroine this time is Lydia who is typical of the strong, feisty and determined women Ms Riley writes. She is the perfect partner for Eden and Ms Riley makes this clear very early in the book – no rabbits out of hats from this writer.
The concept of Lydia opening and managing the Lorinery for injured soldiers from both sides of the conflict is brilliant – I didn’t know what a Lorinery was until I read this book – and works so well.
The plotting I thought was excellent throughout and as I have said earlier, the twists and turns make this book a real page turner. But it’s not only the plotting that is brilliant, it’s once again Riley’s ability to write characters who you care for, have empathy with and an understanding of their emotions. Her conversation pieces, particularly with her men are outstanding and truly believable.
Her ability to seamlessly bring back characters from previous books is wonderful and in this we get to once again meet her previous heroes Luciano (Black Madonna) Gabriel (Garland of Straw) and even Ashley Peverell (Kings Falcon) amongst many others along with Eden’s children with whom he has a difficult relationship that Ms Riley handles just right.
I will not spoil the plot which I think is well constructed and believable. However, what I will do is join the multitude of pleas to Stella Riley for Toby’s book because there she has someone who has a light and dark side plus is drop, dead gorgeous and someone I’d love to meet, but not in the backstreets of Genoa!
I cannot recommend this writers work highly enough. She really is an outstanding writer both with this series and her Georgian Rockliffe series.
Please, please write more.
Wonderful. Simply wonderful. Thank you.