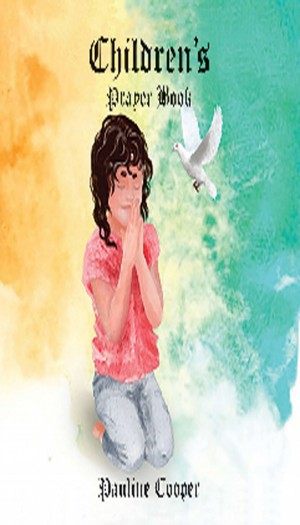 Pauline Cooper is an author who has written and performed monologs for the Eastern Regional Health Authority of Trinidad and Tobago, she also performed and gave inspirational /motivational speeches at churches in her community. She was born in the twin island of Trinidad and Tobago and presently resides In New York City. She is divorced, and the mother of three beautiful children and has six grandchildren whom she loves dearly. She attained her secondary school education at the Princes Town Junior Secondary School and the Rio Claro Senior Secondary School. She was a self-taught hairdresser for 25 years and has completed a course in Early Childhood and Elderly Care. She is now a childcare provider and published author of three children’s books and two self-help books.
Life for Pauline was anything but glamorous; she was born to parents, whose predicament dictated the treatment she received at their hands, treatments that were anything but child-friendly or in her best interest, by her 18th birthday she recalled living in eight different homes, was severely beaten, kicked and verbally abused. As if that was not bad enough, she then married a man who abused her for many years. She thanks God every day for finally walking away alive, although severely traumatized, from the physical, verbal and mental abuse. That in itself has heightened her desire to raise awareness concerning the abused. Her 1st platform was in the churches in her community, she then used her Facebook page to sensitize, inspire and motivate others. Being a victim of abuse has activated her love and concern for humanity in its entirety; she loves and cares about children and wishes that, she can save every child from the hands of their abuser. Because of how ugly others made her feel, she wants to make every child feel beautiful, special and valuable, which is evident, by the wordings in her children’s book. She writes because she cares so deeply about the future generation. Her self-help books are not self-serving but geared towards assisting every man or woman that faces like monstrosities.
Pauline felt it was normal to accept abuse because it was the life of so many persons she knew and interacted with. It is safe to say, it was a part of her culture. She was led to believe that, love is connected to physical beatings because she was often told, “I beat you because I love you.” It took her many years to realize that, something as beautiful as love, could never be connected to lifelong hurt, pains and disappointments; neither would it leave you battered and bruised or compromise your mental and emotional state. Love is simply too beautiful to be connected to violence or harsh language. She wishes that every abuser and the abuse would seek the help they need.

You have subscribed to alerts for Pauline Cooper.

You have been added to Pauline Cooper's favorite list.

You can also sign-up to receive email notifications whenever Pauline Cooper releases a new book.