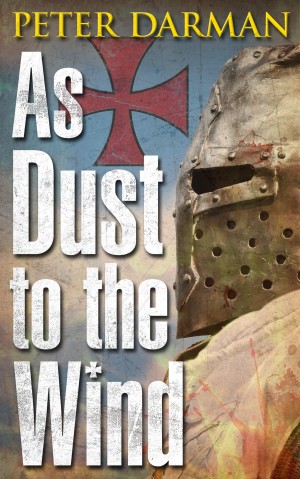 As Dust to the Wind

I was raised in Grantham, Lincolnshire and attended the King's Grammar School after passing the Eleven Plus exam. In the latter I clearly remember writing an essay on Oliver Cromwell – my first piece of military writing.

Then came a BA in history and international relations at Nottingham followed by a Master of Philosophy course at the University of York. The subject was the generalship and cavalry of Prince Rupert of the Rhine, my boyhood hero, during the English Civil War. The year I spent researching and writing at York, Oxford and at the British Library in London was a truly wonderful time.
I moved to London and eventually joined a small publishing company as an editor. Thus began my writing career. I now live in Lincolnshire with my wife Karen.

About the Series: Crusader Chronicles

The story of Conrad Wolff, a brother knight of the Sword Brothers, during the Baltic Crusade in the early years of the 13th Century.

You have subscribed to alerts for Peter Darman.

You have been added to Peter Darman's favorite list.

You can also sign-up to receive email notifications whenever Peter Darman releases a new book.