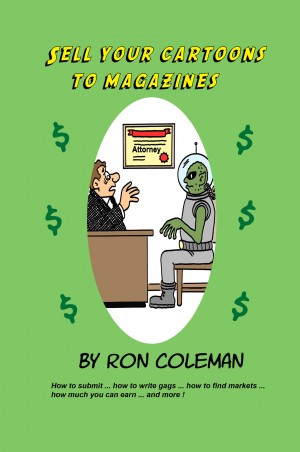 Sell Your Cartoons To Magazines

I have been a freelance cartoonist part-time for about 50 years, having sold my first cartoon while in the eighth grade. Since that time my work has appeared in hundreds of magazines, newsletters, newspapers and online. My most notable sales were to Saturday Evening Post, Official Detective, Medical Economics, and Hustler Humor.
My day jobs consisted of working for movie studios in Los Angeles including Paramount Pictures, 20th Century Fox, Orion Pictures and Walt Disney Studios. My work in these studios was mostly in the areas of payroll, publicity and advertising. I am now retired but remain active in cartooning. I live in Oakridge, Oregon with my wife. 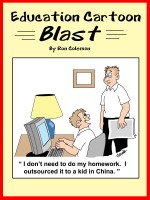 You have subscribed to alerts for Ron Coleman.

You have been added to Ron Coleman's favorite list.

You can also sign-up to receive email notifications whenever Ron Coleman releases a new book.