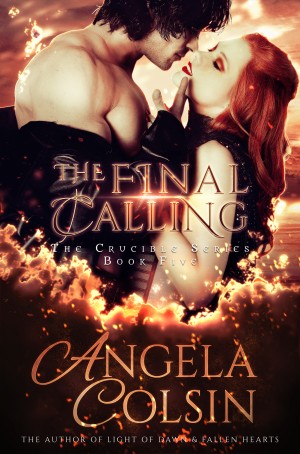 Angela Colsin is an indie author who loves the paranormal and sci-fi genres, and considers herself a sucker for romance. Born and raised in the southern US where she now resides, writing has been a passion since a very young age. If she's not writing and plotting out stories, she's either playing video games with friends, or reading.

Her paranormal romance series, The Crucible, is ongoing with three books published and several more planned.

About the Series: The Crucible

Humans can’t see what they don’t believe exists. But witches, vampires, fae, and other creatures thought mythical live among them. The Crucible protects mortals from this truth, maintaining a balance of power between the ordinary and the uncommon.

Yet some fateful encounters simply can’t be avoided ...

Also in Series: The Crucible

You have subscribed to alerts for Angela Colsin.

You have been added to Angela Colsin's favorite list.

You can also sign-up to receive email notifications whenever Angela Colsin releases a new book.