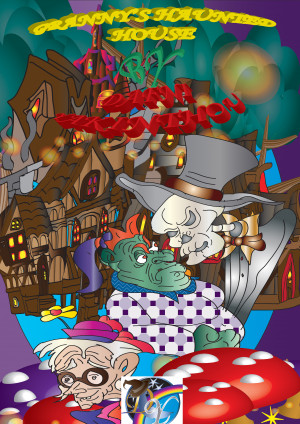 Daphne Tzamali “Yakinthou” was born in Athens in 1981. From a very young age she showed an active imagination and loved creating stories that offered her the chance to give life to colorful characters embarking on exciting adventures. At the age of thirteen she wrote her first book, taught herself how to draw, while taking at the same time singing lessons to become an opera singer.
At the age of twenty five she wrote and illustrated her first epic adventure for young people and decided to pursue a writing career. At 2012 she publishes with Ocelotos Editions “Astrozacharenia istoria”, the tale of the starsugary Ballerina and the clown Babolino and a year later “Grumpy’s lesson”, another story targeted at the same age group. She has also published many e-books in greek. Among them are the stories “I want to be a prince” “Dewdrop’s child”, “The crystal knight, “The blessed prince”, “The queen of lightning” and many more. She has also published with Fylatos Editions the e-book “The tale of the white harlequin”.
Daphne Tzamali, pseudonym “Yakinthou”, is a member of the greek IBBY – International Board on Books for Young people.
Today she is dividing her time between all her different artistic activities and her beloved pets. She is still living in Athens.

"Granny's Haunted House" Presentation
A short presentation of this amazing funny book that will introduce you to the haunted house and to all its wacky, eccentric monsters.

You have subscribed to alerts for Daphne Yakinthou.

You have been added to Daphne Yakinthou's favorite list.

You can also sign-up to receive email notifications whenever Daphne Yakinthou releases a new book.