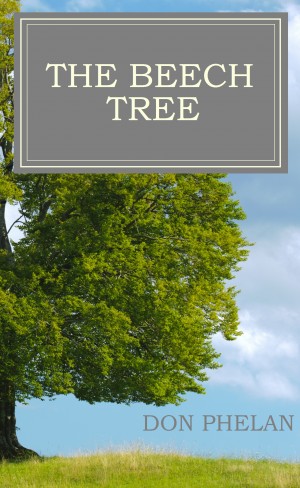 "An insightful look at and through the America of the Lake Michigan region in the 20th and early 21st centuries, this sweeping novel follows the lives of several well-developed characters who have as common touch point a great beech tree on the shores of the Great Lake ... A timely book of redemption and a reminder that all is not ever lost." -- Guillaume Boisset More
The Beech Tree introduces you to the lives of those who visited the tree and shared their lives, their loves, their hopes and dreams, beneath the tree’s dark green canopy … and their curious, inexplicable connection to one another.

The readers are introduced to Johnny and Margo, the first characters to visit the tree, just before Johnny ships off to fight in The Great War in 1918. We follow Johnny and Margo, Johnny's lifelong, albeit socially taboo, friendship with his friend, “Bullet Joe” Rogan, a pitcher in the Negro Leagues.

Johnny introduces his granddaughter, Debby, to the tree in 1957, an era of bobby socks, roller-skating carhops and Elvis music, and Debby meets Mason in 1967's Summer of Love, just before Mason is drafted to fight in Vietnam.

For 30 years, Debby wonders whatever became of the boy who changed her life.

Then she finds out.

"Absolutely Fantastic" by Rebecca Askew on June 11, 2016
"Definitely five stars. I'd give ten if that were an option. The characters were so real, I could see myself in each of them. The trains, the places, the philosophy, and the tree, were so poignant. I cried, laughed, and cried again. A truly excellent book. This is the kind of book that makes you better for having read it."

Don Phelan is a writer based in Grand Rapids, Michigan.

Phelan's NEW RELEASE, The God Particle Conspiracy, will be available for pre-order by April 20, 2029 and full publication release by May 1, 2019.

THE GOD PARTICLE CONSPIRACY: Two of the world's most powerful, corrupt politicians hatch a scheme to hold the world's fossil-fuel economy hostage and send the global economy and civilization into chaos. Princeton Professor John Logan stumbles onto their plot and is about to blow the whistle when tragedy strikes. He runs for his life and hides in a dank New Orleans church abandoned since Katrina, numbing his pain with cheap Bourbon. His protégé, Sarah Carmichael, is left to finish the puzzle, find the professor, and stop the madmen before it's too late. That is, if the people who want them dead don't find them first. An abridged review follows:

"The God Particle: Conspiracy is a novel that is going to change the thriller/action and
adventure genre forever. Never before have I read such an in-depth, intriguing, thrilling
story that had a genuine ability to captivate me within the first few pages. Don Phelan is the
author of the magnificent The God Particle: Conspiracy and he wonderfully earns the title of
'literary genius' thanks to this latest work of his; Phelan has managed to weave themes
which technically should not work well together however he does just that flawlessly. Phelan
weaves them together to contribute to a fantastic and unforgettable story that will have
readers thinking about its plot and its ending for weeks afterward."
~Red-Haired Book Lover Blog

The Beech Tree is the story of colorful characters who meet and share their lives, their loves, their hopes, heartaches and dreams beneath the tree's leafy, green canopy.

"Absolutely Fantastic Definitely five stars. I'd give ten if that were an option. The characters
were so real, I could see myself in each of them. The trains, the places, the philosophy,
and the tree, were so poignant. I cried, laughed, and cried again. A truly excellent book.
This is the kind of book that makes you better for having read it." ~Rebecca Askew

Don is a 3-time Editor's Choice Award winner for poetry. His poem, "Down Boekeloo Road" was published in the International Library of Poetry's "Best Poems and Poets of 2007." 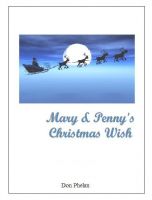 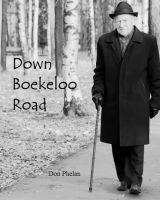 You have subscribed to alerts for Don Phelan.

You have been added to Don Phelan's favorite list.

You can also sign-up to receive email notifications whenever Don Phelan releases a new book.