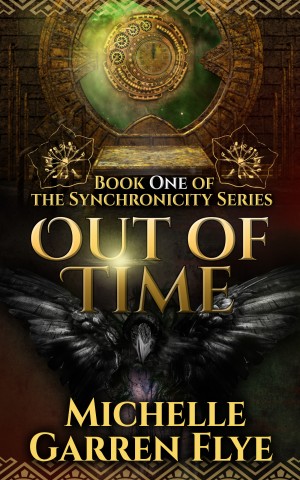 Rated 5.00/5 based on 1 review
The people of Sanctuary have enjoyed their status as a tourist attraction for decades. But when Kaelyn Anderson discovers a dark secret about her hometown she must forge an alliance with the son of her enemy. Dark forces awaken as Kaelyn and Jack, the Elf prince, seek to reunite the three factions of Meti. With more at stake than their own lives now, are they Out of Time? More
Kaelyn Anderson lives a charmed life. She’s got a great job as an advertising designer, a cute boyfriend she met in a bar, and a loving father and brother. Not bad for a girl brought up as the daughter of a king in a small medieval town outside Asheville, North Carolina. However, on her twenty-sixth birthday everything changes, leaving Kaelyn lost on a path between what is real and what is pretend.

Under the protection of Jack, an Elf prince, Kaelyn searches the mountains and Cherokee lore to find the answer that will protect her people from invaders from another world. Along the way, she discovers a love she’d never imagined and a fate she never would have chosen.

Michelle Garren Flye is an award-winning romance author. Sort of. She consistently scores in the top fourth of the Romance Writer’s Association’s RITA competition. She might win more contests if she entered them because reviewers have described her work as: “an engaging novel with charming and likable characters”, a story that “will make you believe in love and second chances”, and a “well-written and thought-provoking novel” (that’s her favorite).

Anyway, Michelle placed third in the Hyperink Romance Writing Contest for her short story “Life After”, so now she can call herself an award-winning author. Her short stories have been published in print and online. Google her name. You’ll find her. Also, she has proudly served on the editorial staffs of Horror Library Butcher Shop Quartet and Tattered Souls.

For what it’s worth, Michelle has a Bachelor’s degree in Journalism and Mass Communication from the University of North Carolina at Chapel Hill and a Master’s degree in Library and Information Science from the University of North Carolina at Greensboro. She lives and writes in New Bern, North Carolina, where she often feels she is a miniscule blue dot in a red sea, but she doesn’t really care because she’s close to the blue sea and that’s the one that really matters.

About the Series: Synchronicity

Nestled in the mountains of North Carolina, on land once belonging to the Cherokee, the lands of Sanctuary and Nunnehi are now inhabited by people from another world. Kaelyn, Queen of the Meti, and Jack, prince of the Elves, must embark on a quest to restore peace to their people and time itself to its proper balance. But can they persevere over dark forces and a battle against Jack's own father? 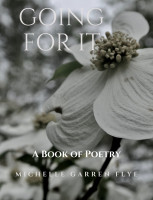 Reviews of Out of Time by Michelle Garren Flye

Michelle Garrne Flye knows how to weave a story with her talented writing and making the characters coming alive. This is series is a must read.

You have subscribed to alerts for Michelle Garren Flye.

You have been added to Michelle Garren Flye's favorite list.

You can also sign-up to receive email notifications whenever Michelle Garren Flye releases a new book.