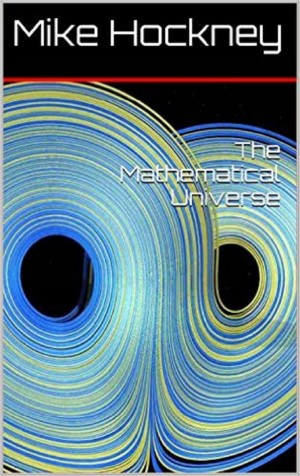 Monads have a much more resonant name: souls. We all inhabit Soul World, a wondrous Singularity outside space and time. Our souls are individual mathematical singularities: autonomous, uncaused, uncreated, dimensionless frequency domains. Via Fourier mathematics, these imperishable, immaterial monadic souls can collectively create the spacetime domain of the material world. Where each soul is a single frequency domain, the material world of space and time is their collective Fourier output. What is “matter”? It’s simply dimensional energy: energy existing in the Fourier spacetime domain rather than in the Fourier dimensionless frequency domain.

Souls are immense mathematical vibrations, based on precise, analytic cosine waves and imaginary sine waves (hence are defined by complex numbers rather than the real numbers of scientific materialism). From these waves, we get wave mechanics (quantum mechanics) and holography, i.e. a complete explanation of the material world.

Fourier mathematics solves the previously intractable problem of Cartesian dualism (the famous mind-body problem), i.e. how unextended minds can interact with extended matter. Minds are just Fourier frequency domains and bodies Fourier spacetime domains. Bodies are nothing but an alternative mathematical way of representing mental information. They are mental constructs or projections, and have no independent existence.

What was the Big Bang? It was a purely mathematical operation in which a frequency domain of mathematical souls (a Singularity), outside space and time, generated a Fourier spacetime domain: a cosmic hologram grounded in quantum mechanics. It really is as simple as that.

As Plato recognised, true reality belongs to the intelligible domain (which, mathematically, is an eternal, immutable frequency domain based on Euler’s Formula). Illusory, contingent reality constitutes the sensible domain studied by scientists.

It’s the rational mind, not sensory experiments, that reveals the eternal, intelligible truths of reason. The sensible world is all about “truths of fact”, which have no eternal necessity.
Reality is defined by a single mathematical law: the God Equation, derived from Euler’s Formula. This single equation generates and controls the entire universe. It’s the True God – an all-powerful ontological equation, but it’s certainly not a person. It’s outside space and time and yet can create space and time. It’s the uncaused cause of everything, the Prime Mover.

What, at root, are mind and life? They are simply the eternal flow of structured information – mathematical waves. Consciousness is what arises when this information flow becomes self-aware and can attach “I” to itself. Information is all about numbers. As Pythagoras said, “All things are numbers; number rules all.” He was asserting that we inhabit a universe of information, of ontological mathematics.

Leibniz was the greatest of all the inheritors of Pythagoras’s mathematical legacy. His principle of sufficient reason is the quintessence of ontological mathematics. With this principle and the Leibnizian doctrine of compossibility, it can be shown that Max Tegmark’s Mathematical Multiverse and indeed all Multiverse theories are fallacious.

Ontological mathematics shows how quantum indeterminacy can be overcome and replaced with deterministic quantum mechanics of the kind of which Einstein dreamt. There are no such things as randomness and acausality in a universe of cause and effect: everything has a precise reason why it is thus and not otherwise. The dice-playing God is abolished and the God of Reason and causality is restored.

Pythagorean Illuminism, the religion of the Illuminati, formally began with the ancient Greek mystic and mathematician Pythagoras and is the world's only "Logos" religion, i.e. a rational religion founded on reason, mathematics, science and philosophy. It has no connection with "Mythos" religions such as Judaism, Christianity and Islam which are based on faith, superstition, irrationality, stories, parables, myths, legends and "divine revelation". These religions are wholly false.

Illumination is the only true religion. It's the Grand Unified Theory of Everything, linking science, religion, psychology, philosophy and even the paranormal. It does so via the sole medium of truth and absolute knowledge: mathematics, which Pythagoras declared as the arche, the fundamental substance of existence. Ontology and epistemology are finally united in the doctrine of "living mathematics". Mathematics is not a reflection or model of reality. Mathematics IS reality.

Whereas science is based on "mathematical materialism", Illumination uses Leibnizian "mathematical idealism". These are the only two possible accounts of reality. All other systems are bogus, worthless and pernicious.

In order to follow the one, true religion, you must be smart. Quite simply, the truth is not for everyone. The truth is a function of reason and logic, not faith. All atheists, agnostics, skeptics and cynics will find a spiritual home within Illuminism. They are most welcome. "Believers" are not.

The Pythagorean Illuminati are the sworn enemies of Abrahamism. Do not read our books if you would be prepared to murder your child if "God" ordered it. Equally do not read them if you believe in shape-shifting, pan-dimensional alien lizards. Only genuine seekers of true enlightenment will profit from reading our work.

The Paradigm Shift is coming. Humanity is about to enter its divine phase.

These books are anti-Old World Order samizdat and agitprop publications. Uncensored, they are the vehicles of the purest free speech available in the world today. If they have a certain rough and ready anti-corporate quality, it's because teams of expensive, glossy capitalist "packagers" have had no involvement with the production of these books. If you want coffee table books, these are not for you. If you want the truth, WELCOME!

You have subscribed to alerts for Mike Hockney.

You have been added to Mike Hockney's favorite list.

You can also sign-up to receive email notifications whenever Mike Hockney releases a new book.