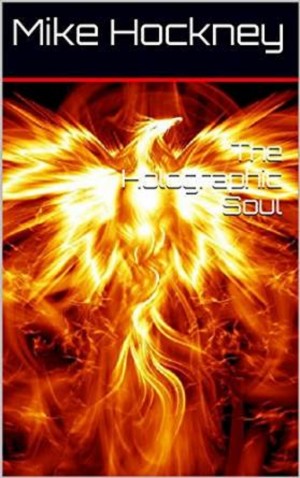 By Mike Hockney
A mathematical universe is a holographic universe, a monadic universe, a Leibnizian rather than Newtonian universe. We are all living in a dynamic, evolving hologram, aiming to transform itself into heaven, populated by not one but countless Gods. The universe is a God factory. Its exact purpose is to turn imperfect souls into perfect Gods. What could be better than that? More
Where is your mind located? How does it interact with your body? When your body dies, does your mind die too, or does it have an afterlife? That’s the mystery of existence. If humanity cannot answer these questions once and for all then it has no understanding of reality.

The answer is not going to be something obvious. It will require some great conceptual leap, hitherto unforeseen by almost all of humanity.

The ancients believed that a person was a reflection of the cosmos. A person had a body and a soul, and so did the cosmos. Is that a silly Mythos, or can it be intellectually defended?

The rational link between the ancient wisdom and modern knowledge is none other than holography. Holography is what allows scientific materialism to be replaced by mathematical idealism. Holography allows the soul, rather than matter, to be considered the source of reality. Mental atoms with atomic mass zero replace material atoms with atomic mass greater than zero as the basis of the world.

The unprecedented intellectual leap that humanity must make is to conceive of reality as mathematical rather than religious, spiritual, philosophical, metaphysical or physical (scientific). Pythagoras understood this 2,500 years ago. He was at least 2,500 years ahead of his time (!).

Over 300 years ago, Leibniz, with his Monadology, adopted a holographic model of reality, whereby dimensionless monads created the illusion of the dimensional material world. He was ignored. So it goes. Humanity’s greatest geniuses are always painfully far ahead of the game. That’s exactly why they’re the greatest geniuses.

No one who understands that there’s more to the world than science needs to turn to God, religion, faith, spirituality, mysticism or metaphysics. They do, however, need to turn to mathematics, the world’s most hated and dreaded subject. Where better to hide from humanity the Truth of existence than in the exact place where humans most fear to tread?!

The answer to existence has always been right in front of humanity – in the shape of math. It might as well have been hidden in the bottomless Cosmic Abyss!

Math in its pristine state is immaterial, non-sensory and outside space and time. Those are exactly the properties of mind. Mind is nothing but math. Mind is how math exists in itself. Minds are monads, monads are singularities, and singularities are Fourier frequency domains. From the collective interaction of all of these frequencies – from the vast interference pattern they produce – we get the spacetime universe of matter. It’s nothing but an ontological hologram that comes inbuilt with mathematical forcefields that lend it the illusion of being solid. It’s all in the math.

Mind does not come from matter, as science claims. The exact opposite is true. Everything starts with unextended minds = dimensionless Fourier singularities.

What comes after physics isn’t metaphysics, it’s math. Math is the ground of science. Math is the interior of science, mind the interior of matter. Humanity has made the error of regarding the outside as real, and the inside as an epiphenomenon. The reverse is true. The simple fact is that without math, science would be an irrational religion.

A mathematical universe is a holographic universe, a monadic universe, a Leibnizian rather than Newtonian universe. We are all living in a dynamic, evolving hologram, aiming to transform itself into heaven, populated by not one but countless Gods.

Pythagorean Illuminism, the religion of the Illuminati, formally began with the ancient Greek mystic and mathematician Pythagoras and is the world's only "Logos" religion, i.e. a rational religion founded on reason, mathematics, science and philosophy. It has no connection with "Mythos" religions such as Judaism, Christianity and Islam which are based on faith, superstition, irrationality, stories, parables, myths, legends and "divine revelation". These religions are wholly false.

Illumination is the only true religion. It's the Grand Unified Theory of Everything, linking science, religion, psychology, philosophy and even the paranormal. It does so via the sole medium of truth and absolute knowledge: mathematics, which Pythagoras declared as the arche, the fundamental substance of existence. Ontology and epistemology are finally united in the doctrine of "living mathematics". Mathematics is not a reflection or model of reality. Mathematics IS reality.

Whereas science is based on "mathematical materialism", Illumination uses Leibnizian "mathematical idealism". These are the only two possible accounts of reality. All other systems are bogus, worthless and pernicious.

In order to follow the one, true religion, you must be smart. Quite simply, the truth is not for everyone. The truth is a function of reason and logic, not faith. All atheists, agnostics, skeptics and cynics will find a spiritual home within Illuminism. They are most welcome. "Believers" are not.

The Pythagorean Illuminati are the sworn enemies of Abrahamism. Do not read our books if you would be prepared to murder your child if "God" ordered it. Equally do not read them if you believe in shape-shifting, pan-dimensional alien lizards. Only genuine seekers of true enlightenment will profit from reading our work.

The Paradigm Shift is coming. Humanity is about to enter its divine phase.

These books are anti-Old World Order samizdat and agitprop publications. Uncensored, they are the vehicles of the purest free speech available in the world today. If they have a certain rough and ready anti-corporate quality, it's because teams of expensive, glossy capitalist "packagers" have had no involvement with the production of these books. If you want coffee table books, these are not for you. If you want the truth, WELCOME!

You have subscribed to alerts for Mike Hockney.

You have been added to Mike Hockney's favorite list.

You can also sign-up to receive email notifications whenever Mike Hockney releases a new book.