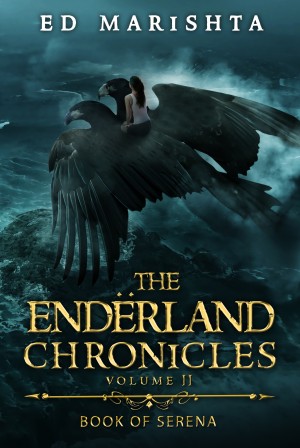 The Endërland Chronicles: Book of Serena

By Ed Marishta
Rated 5.00/5 based on 1 reviews
An old prophecy, a new quest, new worlds and adventures, new (as well as old) friends and of course a new evil to face and overcome. Daniel's story continues on the second volume of "The Endërland Chronicles", about twenty years after we last saw him. Come along for the ride and find out where the road takes him and his friends next. More
Twenty years after he first visited Endërland, Daniel and his friends find themselves on a new quest. His daughter, Serena, has gone missing and he, Hëna, Nemo and Séraphin set out to look for her. Their journey takes them out of their dreamworld, to new places and new adventures, where they meet old legends and make new friends. But evil once again threatens to destroy them and everything they know and love, now wearing a new name and a familiar face. Will they be able to fight a prophecy as old as time, find Serena and save their worlds, again?
Download: epub mobi (Kindle) pdf more Online Reader
lrf pdb txt
Price: Free! USD
Add to Library
Create Widget
Tags: dream daniel dreamworld endrland
About Ed Marishta

Ed Marishta was born and raised in the small town of Gramsh, in Albania. He grew up with a very active imagination, which he would usually put to work creating stories and sharing them with others. As early as 10 years old, Ed tried to write his first piece, a fantasy story about a little boy with psychic powers, which he titled “The Adventures of Ren”. Sadly, that manuscript was lost and he never got to finish it, or any other work until many years later, when he picked up working again on several different projects.
He would say he does not consider himself a writer and will probably never make this his profession, but he loves telling stories.

‘The Endërland Chronicles: Book of Daniel’ is the first finished work he publishes, mostly for his own pleasure and as fulfilment of a promise made. The follow up "Book of Serena" is now also out, and he is currently working on the third and final book in 'The Endërland Chronicles' series, which will be titled "Book of Joshua".

About the Series: The Endërland Chronicles 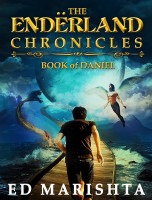 Beyond the known world, in the dream realm, there exist countless other worlds created and ruled by those who are called Dreamers or Visitors. The Endërland Chronicles tell the story of one of these Dreamers and his adventures in and out of his own dreamworld. Take a journey with Daniel and find out what lies beyond the invisible wall that separates the waking world from the realm of dreams and fantasy.

Also in Series: The Endërland Chronicles

Very good follow up to the first book. Looking forward to the third one.

You have subscribed to alerts for Ed Marishta.

You have been added to Ed Marishta's favorite list.

You can also sign-up to receive email notifications whenever Ed Marishta releases a new book.