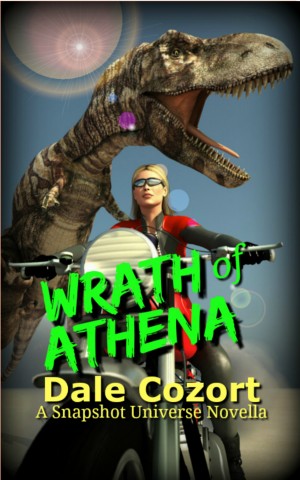 By Dale Cozort
When their fly-by-night cross-timeline petting zoo is quarantined in a hot, stinking warehouse, Scott Hardy and Athena Anders, his dish-hurling sometime girlfriend, think they’ve hit bottom. Then the zoo’s dinosaurs go missing. And it’s mating season. The only thing worse than a breeding pair of dinosaurs loose on an unsuspecting world? The wrath of Athena when she finds out who’s responsible. More
For eighty million years, the Tourists have taken Snapshots of Earth, creating living replicas of continents. Life in the Snapshots quickly diverges from the real world, creating a universe where humans and animals from Earth’s history fly between Snapshots, exploring, fighting, and sometimes meeting themselves.

A fly-by-night petting zoo lands in Madagascar-24M, the Snapshot of Madagascar the Tourists made 24 million years ago, and promptly finds itself slapped in quarantine. After all, exotic animals from off-Snapshot are a risk, for people, local wildlife, and the environment.

Scott Hardy’s title may be Assistant Veterinary Engineer, but his actual job is shoveling crap out of cages and protecting the “talent”—the nubile youths hired to run the petting zoo.

That doesn’t include protecting the zoo’s star performer, Athena Anders, Hardy’s redheaded, volatile, dish-hurling, on-again-off-again girlfriend. Not because Athena isn’t talented, but because she does just fine taking care of herself. The one thing Athena really loves are the zoo’s stars, a pair of talking dinosaurs.

Then the dinosaurs go missing. And it’s mating season.

The only thing worse than the havoc a pair of breeding dinosaurs can create on an unprotected, unsuspecting world? The wrath of Athena when she finds out who’s responsible.

Dale Cozort lives in a college town near Chicago with his wife, daughter, three cats and a lot of books. Dale is a computer programmer and teacher as well as a long-time science fiction fan. He has a huge and diverse range of interests, ranging from computers and history to martial arts. He loves animals and did a stint as a foster home for orphan Samoyeds. He has spent his last three summers perfecting his craft under instructors like science fiction grand master James Gunn and Nebula winner Kij Johnson.
He is online at: 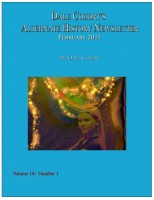 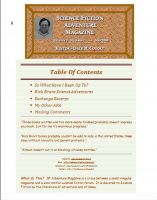 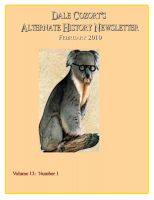 You have subscribed to alerts for Dale Cozort.

You have been added to Dale Cozort's favorite list.

You can also sign-up to receive email notifications whenever Dale Cozort releases a new book.