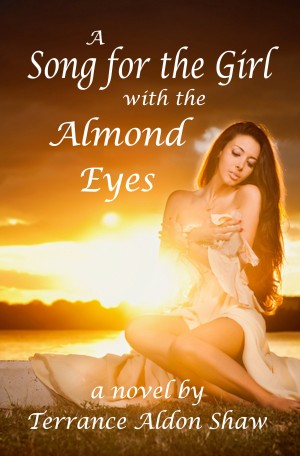 A Song for the Girl with the Almond Eyes (A Novel)

Ben Bohring’s life gets interesting, taking a dark detour into obsession when he meets beautiful May-Lin Song during a week of teenaged debauchery at a lakeside cabin. May-Lin’s combination of classic Asian beauty and all-American attitude is more than Ben can resist, and he vows to have her in spite of all the odds. His quest propels him on a series of amorous—often violent—misadventures, where u More
“Then something caught my eye. Passing the Great Room, I froze, dead in my tracks. May-Lin was sitting on the corner of the bed nearest the entrance, looking out into the hall. Keeping perfectly still like a model holding a pose for a painter, she was serenely topless, a beautiful mermaid, dark hair hanging loose around her shoulders, some rumpled sheets draped over her legs. My sudden appearance didn’t seem to startle her at all. She looked straight at me, but made no move to cover herself. I stared back, admiring her as much as I dared, trying not to be too obvious while pretending that this sort of thing happened all the time. Neither of us said a word.”

With the memory of this one, brief, mysteriously sexy encounter burned indelibly into his imagination, Ben Bohring’s life gets interesting, taking a dark detour into obsession. The object of Ben’s new-found passion is vivacious, enigmatic May-Lin Song, his stepsister’s best friend from college. May-Lin’s effervescent combination of classic Asian beauty and all-American attitude is more than Ben can resist, and he vows to have her for real some day in spite of all the odds.

You have subscribed to Smashwords Alerts new release notifications for Terrance Aldon Shaw.