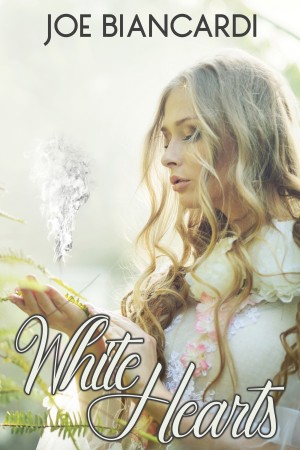 By Joe Biancardi
Reincarnated over and over, Joseph is trying to save his only daughter from having her blood harvested because of it's magical powers. The last two White Hearts remaining race against the clock, to protect all future White Hearts from the one man who can destroy them all. More
He was the first.
His only daughter may be the last.
Since before the time of the Pharaohs Joseph Carpenter has walked the Earth, reincarnated again and again. The only problem is he does not remember his past lives or what his purpose is. After receiving a reminder, he understands that his divine mission is to create White Hearts.
During surgery, his daughter Christine died. She returned to life with unique abilities like her father, Joseph. Now able to see inside another person’s body to determine what injuries they have sustained, she is able to fully heal them. Christine has gone viral on the Internet, being perceived as an angel and is recognized by the one man who is able to take her abilities – permanently. Willing to pay any price for their capture, he intends to create a Fountain of Youth for everyone to buy.
Time is running out. Forced to flee for their lives, they escape to Florida where Joseph plans to expose the people chasing them. Their knowledge and skills, if shared, can change humanity forever. Will he and his daughter be able to survive the hunt and search for other White Hearts or will they be captured by this one man who could use their special powers for his own greed?
Download: epub mobi (Kindle) pdf more Online Reader
lrf pdb txt
Price: Free! USD
Add to Library
Create Widget
Tags: holy spirit special powers power of god magical powers mind powers healing powers gods power miracle healings blessing power
About Joe Biancardi

Joe Biancardi spent most of his life in St. Louis where he grew up and worked as a policeman, engineer and a salesman trying to find his niche in life. At the age of forty he took his new wife to the gulf coast of Alabama where he raised his three children.

“We didn’t realize we’d be trading cold winters for a hurricane prone area." Now, years later he admits the trade-off was worth it. “It’s allowed me to see what the powers of Mother Nature are capable of: from the ferocity of hurricanes to the relaxing sound of the surf at Florida and Alabama beaches."

Now almost twenty-five years later he’s retired and found his calling. He writes books dealing with the power of intention as well as other adventure stories. "My children and grandchildren used to ask me to tell them a story. Now I put these stories into a book form, living the adventures in the safety of my recliner."

He is co-founder of the HeartMind Institute where he works with people, teaching them how to expand their heart's energy field.

"As I see readers download my stories, I am filled with the hope that the messages within each story will change the way mankind thinks."

"Thank you to all those that enjoy what I write." 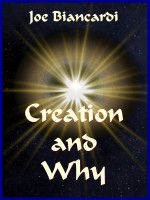 You have subscribed to alerts for Joe Biancardi.

You have been added to Joe Biancardi's favorite list.

You can also sign-up to receive email notifications whenever Joe Biancardi releases a new book.