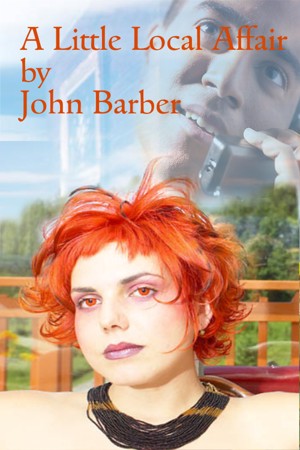 The strange events in Fordhamton started with the sudden death of Alan Price. Was it suicide or did the suspicious circumstances indicate murder? No one liked Price but most people in town needed him alive. DI Harley is just a spectator as political and sexual relationships emerge and the investigation made more complex with petty vandalism, arson and another dead body to muddy the waters. More
The strange circumstances of Alan Price’s death in a car crash is just the first in a series of bizarre events in the town of Fordhamton. DI Harley is not convinced that it was suicide. As his investigations continue he finds that although no one actually liked Alan Price no one was desperate enough to want him dead. In fact most people had more to gain whilst he was alive. Price’s ex-wife stands to lose her inheritance, his business fails and the staff are flung into unemployment, the Football Club faces extinction; and a by-election for a Town Council seat has to be called which no one wants to contest. Harley is forced to accept the unwelcome assistance of the emotionless DC Davis but has to admit that Davis has his own individual way of getting results. Price’s death leads to some unusual sexual and political relationships in town between people who would not normally speak to each other. The detectives become spectators in the bars and coffee shops, watching silently as more than one conspiracy begins to flourish. Their problem is unscrambling exactly what it is the various townspeople are plotting, or hiding form the investigation. Petty vandalism, arson and a dead American Private Investigator just make the situation more confused but it is the cold Davis who finds a solution that surprises everybody. A few of the characters use a strange mix of working class slang and English colloquialisms which some overseas readers might find puzzling. This is intended to add to the authentic local charm of a small middle English town as the large cast of residents act out their lives and loves through these pages.
Download: epub mobi (Kindle) pdf more Online Reader
rtf lrf pdb txt
Price: Free! USD
Add to Library
Create Widget
Tags: conspiracy english humour election campaigns murder mystery crime romance humor romance adult contemporary
About John Barber

Also in Series: The Fordhamton Trilogy