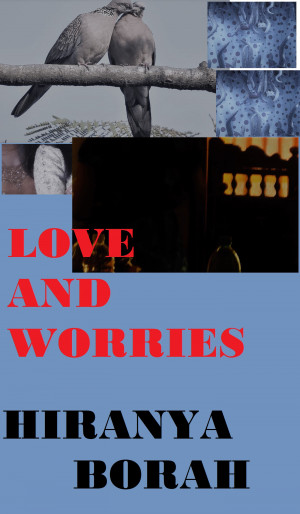 As per Google, 5th January, 6PM (IST), the French version of this book has been reviewed 2777 times and given 4.9/5 rating. It is a great achievement for the author

You know that awkward moment when you start a romance novel and it reads more like a literature essay? Yeah. I didn’t either. Not until this morning.
Deepankar is grieving over the death of his best friend. But not nearly as much as he’s grieving over his soul being put into his best friend’s body, where he’ll have to take care of said best friend’s wife as her husband. Because let’s face it: that’s just plain awkward. Especially when Deepankar is already married to a wife he loves very much, who is now dead as well.
This is a great concept for a romance novel. But it was poorly executed.
It was so dry that I had to stifle the urge to check my email three times while reading this 5,600 word story. While it may be tempting to blame that on my millennial attention span, I usually read stories three times that long without getting side-tracked. Especially romance novels. Romance novels are cool. Romance novels usually don’t have an opening like this:
Deepankar and Manoj are friends from their school days. They belonged to middle class families of New Delhi. Both of them were single child of their parents and due to their friendships, their parents also became close to each other so much that they seldom differentiate them in terms of love towards them. Many of friends thought they were twin brothers. Those who are close to their families used to say, they are brothers developed in different wombs.
There isn’t a single line of dialog or action until chapter 2, page 5.
Keep in mind, Love and Worries isn’t in the Literature category or Essay category (I checked). It’s in the Contemporary Romance category, which has books like Loving the Rock God, My Wife’s Dirty Diary, and, ironically, Not a Love Story.
But aside from the perplexing category choice, the book has plenty of problems. It’s awkward and strangely written. The only interesting character is Manoj, who we see the least of. It’s really difficult to care about the predicament the characters are in when there’s nothing special about them and everything is summarized.
By the end of the piece I was still indifferent and I’m not sure what the love story was supposed to be. Not a Love Story probably has a stronger and clearer love story than Love and Worries.
The transitions and ending are also quick and confusing. I didn’t even know I reached the end of the story until I was halfway through the author’s note.
This story is only worth 1 out of 5 stars. I suggest you look elsewhere to get your romance reading fix.

Love and worries are two sides of a coin. It is fearful to love someone so passionately!

(reviewed the day of purchase)
monaborah reviewed on May 11, 2016

Good depiction of an extreme possessive friend. The last line of the book which describes Gayatri's love for Manoj was the icing on the cake.

(reviewed the day of purchase)
Tuku Moni reviewed on May 11, 2016
(no rating)
Excellent concept and excellent presentation