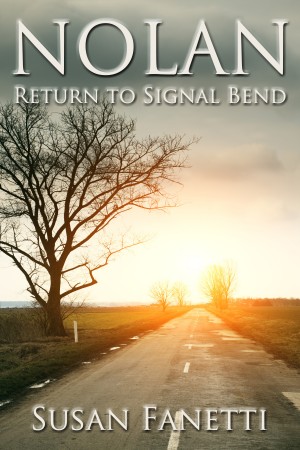 Nolan Mariano is a man shaped by loss. People have left him all his life, but he’s found a home in the Night Horde MC. Iris Ryan is a Night Horde daughter who knows great loss, too. Together, they might heal each other and find a forever, but not until Nolan can come out from the shadows of his past. More
Nolan Mariano is a man shaped by loss. All his life, people he’s loved deeply have left him in one way or another. In Signal Bend, Missouri, as a son and then a member of the Night Horde MC, he’s found a home and a family. His mother and his younger brother are protected and loved, too.

But Nolan can’t trust it. The past haunts him; injustices left unanswered loom over his present and threaten his future. One injustice in particular.

Iris Ryan is a Night Horde daughter who knows loss of her own. Taken away from her home as a child after unspeakable horror tore her family apart, she returns to Signal Bend, and her father, when she’s grown because she’s never felt at home anywhere else. As Iris settles into a new life of her choosing in the home she’s regained, she and Nolan connect.

As his love for Iris deepens, Nolan can’t ignore the way that loss has warped him. The past is a shadow over him, and he can no longer live under its weight.

He needs vengeance. At any cost.

Susan Fanetti was born and raised in the Midwest--Missouri, to be precise. A few years ago, she was transplanted into the dusty soil of Northern California and has apparently taken root there. An inveterate geek and gamer, she is a fan of many things considered pop culture and maybe even lowbrow.

The Signal Bend Series is complete at Smashwords, with eight books released: Move the Sun, Behold the Stars, Into the Storm, Alone on Earth, In Dark Woods (a novella), All the Sky, Show the Fire, and Leave a Trail.

The Freak Circle Press is an independent collective of friends and fellow writers. Find more information at their blog: tfcpress.wordpress.com and on Facebook: www.facebook.com/freakcirclepress

Reviews of Nolan: Return to Signal Bend by Susan Fanetti

You have subscribed to alerts for Susan Fanetti.

You have been added to Susan Fanetti's favorite list.

You can also sign-up to receive email notifications whenever Susan Fanetti releases a new book.