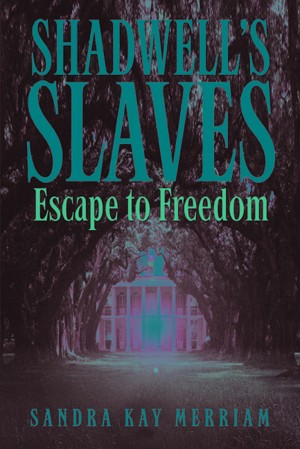 SHADWELL is the recipient of the Benjamin Franklin award for best first novel.

Historically rich western New York and Canada is the setting for SHADWELL.As a young woman I walked the fields that runaway slaves used to esccape their hardships and wondered WHY? How could this have happened to humans? The uprising in the last century brought this wonderment to my mind and in retirement I found time to research and write this historical fiction.

A William and Mary College-mate of Thomas Jeffersons steals some slaves and transports them to Canada. The question arises, did Thomas really know this 'trick' was taking place?

Shadwell is the name of the Jefferson plantation prior to Montecello. After Shadwell burned, Thomas built his dream home on top of an adjoining mountain.

My career has been on a journey as CEO of a major corporation to adjunct professor, along with a Doctorate from Pepperdine University. I live in the Phoenix area with family and my Vizsla.

You have subscribed to alerts for Sandra Kay Merriam.

You have been added to Sandra Kay Merriam's favorite list.

You can also sign-up to receive email notifications whenever Sandra Kay Merriam releases a new book.