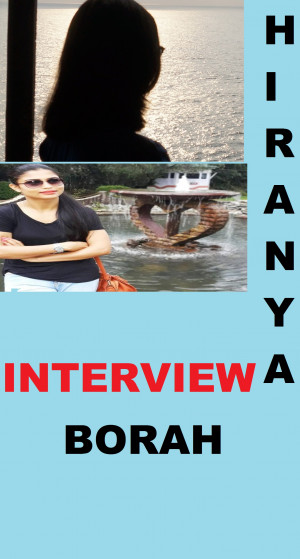 By Hiranya Borah
Rated 4.00/5 based on 4 reviews
‘Can I hold your hand?’While moving towards the car Arunuday asked Deepa.‘You can hold; but before that you have to promise me that you will not leave me alone till I die.’ Deepa told thoughtfully.Arunuday holding her hand promised, ‘I shall not leave you till I die. I want to die in your arms.’ More
This book is based on the philosophy of day to day interviews we have to face in our lives, though I started the book with a real interview for a managerial post where our protagonist Arunuday appeared. On that day he not only able to grab the coveted job but also he got his life partner.
But for whom the interview was conducted? Was it a fair interview? Why a deserving candidate did not get the job? Why a candidate was happy after failing in the interview? Why a failed candidate got her job afterwards? To know all these, you have to read my short book, ‘Interview.’
The whole book is based on fiction; so any similarity to a real person or to a real situation is mere coincidence only.

Borah's stories have generally improved the more he writes. Interview was not one of his better stories.

I have no problem with the character Arunuday. In fact, Arunuday is downright charming. He also recommended a fellow candidate to the interviewers over himself because the candidate needed the job to care for her family, which was really nice of him.

Deepa, the beautiful woman, is all right. She's nice enough at least. But she's a little creepy. Ever since their first interview together, two years ago, she's been keeping tabs on Arunuday, hoping to meet him officially. In fact, the only reason she interviewed at the present day job interview was so she could talk to him. Really, stalker much?

It doesn't help that this story is absurdly insta-love. Deepa actually says it was love at first sight for her. There is nothing I hate more than love at first sight stories. It's a cop-out and only acceptable if one of them is a witch or wizard and cast a love spell on the other.

While Borah's writing has improved, he still felt the need to insert author's notes in the actual text! I'll be reading along and then in parentheses Borah will say (you'll find out why she lied later). It would have been better if he let the story tell itself. Does anyone enjoy anything if they are constantly being interrupted?

It is really good to read. I love it.

(reviewed the day of purchase)
monaborah reviewed on May 19, 2016