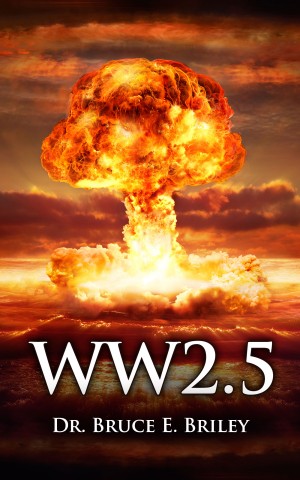 Dr. Briley has a B.S., M.S. and Ph.D from the University of Illinois. He has 4 children and 10 grandchildren, has been employed for many years at Bell Labs, Lucent and Motorola, and is now with the Illinois Institute of Technology where he was awarded the first Alva C. Todd Professorship. He holds 21 US patents and has authored 2 textbooks as well as numerous technical papers (not unlike the "monographs" Sherlock Holmes often mentions).
He has been a Sherlock Holmes fan since he was first able to read his Adventures. Of late, however, he became unhappy over the films and TV series of a "modern" Sherlock epitomized by the "Elementary" series which savages the concept: Holmes and Watson are transported forward more than a hundred years, Watson is transmographied into an Asian female, and Holmes, while still a brilliant detective, is portrayed as a social buffoon similar to Monk.
Though he has found such series very entertaining, he longed for some new tales of the traditional Sherlock in the Elizebethan era, resonating with the original image while fresh in scope.
And so he penned 5 novels (and is planning a 6th) that strive to accomplish that:

The first, "The Lost Folio", chases Holmes and Watson all over England, involves Moriarty and Lastrade, etc., responding to a kidnapping and murders in pursuit of Shakespeare's Lost Work, while encumbered by an impenetrable cipher.

The second, "The Sow's Ear", takes them on a dangerous sea voyage to rescue a young lady lost in the labyrinth of China, and stumble upon a plot to destroy the Silk trade, involving murderous rogues, and multiple assassination attempts upon them.

The third, "The Vatican Murder", finds Watson jailed on the Vatican grounds, indicted for the murder of an old school chum and subject to the strict laws of the soverign Vatican State. Holmes is helpful, but a tangled web endangers Watson when he is mistaken for Holmes on two occasions. Watson, when separated from his boon companion exhibits his ability to improvise, but is convicted of murder.

The fourth, "The Royal Leper", finds Holmes and Watson charged by royal warrant to convey a member of the Royal Family diagnosed with Leprosy to secretly convey him half-way around the world to what would effectively be banishment to a Leper Colony on Molokai island in the Pacific Ocean. An abundance of adventures ensue, taking them to places they would not have dreamed of visiting. No other Sherlock Holmes mystery/adventure has ever been so extensive.

The fifth, "Something Rotten in Denmark", engages Holmes and Watson in an investigation of a series of murders that have taken place in Kronborg Castle, near Copenhagen. (Krongborg was selected by Shakespeare as the model for the setting of Hamlet, and has played a vital role in the history of Denmark.) The baffling nature of the murders is that they follow the order of events in Shakespeare's Hamlet. A tangled set of clues and witness narratives compel the pair to perform extraordinarily.

"The Fifteen Hundred Word Curse", involves a modern-day man who discovers that he is the victim of a huge (and genuine) curse levied upon the Reivers of the Walk (a large and dangerous group peopling the Scottish-English border whose descendents include Custer, President Nixon and Neil Armstrong) by the Archbishop of Glasgow. He enlists the aid of an ecclesiastical lawyer/priest, an aged, experienced expert on exocism, and a youthful priest fresh from a seminary. He learns that a large collection of evil influences have been subtly causing inbreeding amongst the descendents to strengthen the power of the curse upon his unborn child. Terrible events transpire as the result of attempts to apply logic to lifting the curse. A surprise awaits at the story's end. 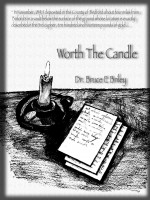 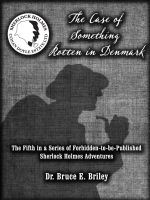 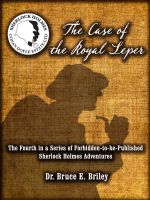 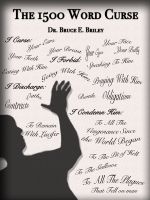 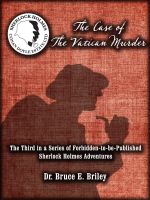 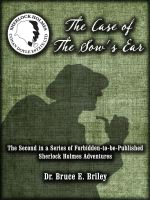 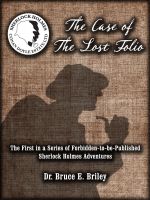 You have subscribed to alerts for Bruce Briley.

You have been added to Bruce Briley's favorite list.

You can also sign-up to receive email notifications whenever Bruce Briley releases a new book.