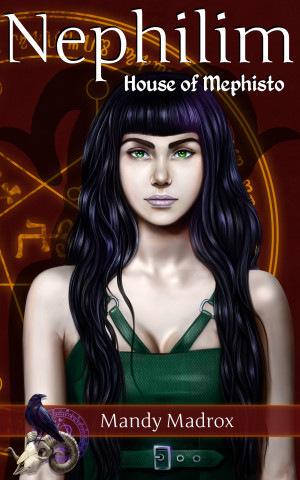 If you’ve ever heard the old folk song, The City of New Orleans, you’ve at least heard the name of the city I’m from. “All along the southbound odyssey. The train pulls out at Kankakee.”

I have always had a pretty active imagination and a fascination for all thing’s horror, fantasy and science fiction. One of my favorite childhood memories was pretending to be asleep, so I could stay up late to watch horror movies on the tiny black n white tv in my bedroom. To this day, I look forward to the Halloween season for all the horror marathons on tv. I can’t get enough — even the ‘cheesy’ old ones.

An all-around geek, I’m into many different fandoms. I have an appreciation for older cars and older things. Music is pretty much anything. Video games? Yes, in my spare time.

My first published work was “Curse of the Dark Heart”, a short horror story included in Bleed Black Volume 1, (January 2015) an anthology put together by Black Heart Comics to raise money for Juvenile Diabetes.

I love to write. I don’t want to write the next ‘big thing’ I just want to tell a good story. Aside from the Nephilim series, I have a few ideas within the science fiction genre I’m working on, another in the fantasy realm and a few just for laughs.

About the Series: Nephilim 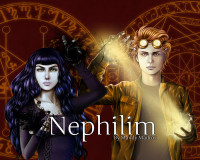 After a car accident that should have taken her life, Raven awakens to a revelation and a peculiar choice that turns her world upside down. She learns that an ongoing war between angels and demons has been playing out for centuries, and the world of man is the battlefield. She is tasked with stopping the arch-demon Mephisto's plans, a task that leads to becoming mixed up with a dangerous cult. But lives are at stake and this ill-prepared hero in the making will have to make sacrifices to get the job done, as a new and unexpected chapter in her life begins.

Reviews of Nephilim House of Mephisto by Mandy Madrox

You have subscribed to Smashwords Alerts new release notifications for Mandy Madrox.

You have been added to Mandy Madrox's favorite list.

You can also sign-up to receive email notifications whenever Mandy Madrox releases a new book.