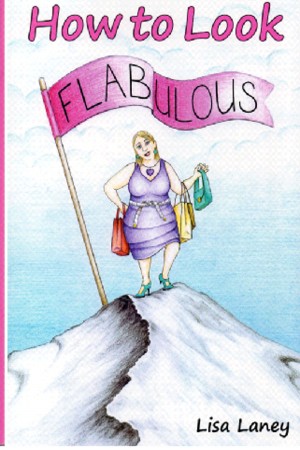 How to Look Flabulous

By Lisa Laney
A humourous tale of a young woman's struggle to meet the expectations of this modern world where beauty is the new currency. More
This book is a comic look at one woman's struggle to get fit, trim down and live life to the fullest with hilarious antics along the way.
Join Lisa, a humble hospitality high school teacher, as she battles the bulge, attempts the Tongariro Crossing, falls down a hill and knocks herself out and gets back up on her feet ready to do it all over again. This journey showcases the highs and lows that go with living life in a media driven world where beauty is the new currency.
An enjoyable read filled with side-splitting humour
Download: epub mobi (Kindle) pdf more Online Reader
lrf pdb txt
Price: Free! USD
Add to Library
Create Widget
Tags: emotional self beleif determination tenacity inspiration acceptance and commitment courageous women motivation and self improvement endurance and perseverance humble hero conqueoring humorous moments
About Lisa Laney

Lisa Maree Laney was born at Palmerston North Hospital in the North Island of New Zealand on the 29th of October in the year of 1979. At 7.29am while the birds were announcing her arrival with their morning chorus Lisa opened her eyes and looked around her new surroundings and has from that moment never looked back. Lisa was a happy and curious baby with a head full of hair. She started her education at Wanunga Pre-school and moved on to Milson Primary, choosing to go on to St Peters Collage for her secondary learning. From there Lisa went on to Teacher’s College in Palmerston North.
As a young child Lisa loved to read and has always had a loving association with books and once wanted to be a librarian but during her high school years decided on a teaching career. After her Graduation in 16 May 2003 Lisa was unable to be placed into a teaching position and worked at NZ Post for a number of years while doing some relief teaching around the Manawatu area. After a long term relief teaching stint at Longburn Adventist Collage Lisa was able to secure a fulltime role as their Hospitality Teacher and held that role for 10 years.
During her time at LAC Lisa made many lifelong friends with her colleagues’, students and parents of students.
It was during this time Lisa started writing her first book, How to Look Boobalicious, inspired partly by her father, Peter Laney, who published his first children’s picture book My Favourite Animal for his oldest granddaughter. Lisa’s first book which she self-published through Hovding Publishing established in 2013, is a hilarious true story of her struggle to battle the bulge. Lisa followed that book up with How The Magpie Got Its Name, and Emma, a children’s picture book.
While all this was going on Lisa was diagnosed with Breast cancer and went through major surgery as first choice of treatment. With follow up chemo and radiation it was hoped she would go into remission. But on New Year’s Eve day Lisa was informed her cancer had spread to the t8 t9 vertebrae and was terminal. After the initial shock Lisa vowed to fight the cancer and with her faith in god felt confident of winning but after a two year battle with her faith as strong as ever she felt she could still win. But Lisa passed away on the 23rd July 2014 surrounded by her mother Lesley her father Peter and her only sibling Craig.

You have subscribed to alerts for Lisa Laney.

You have been added to Lisa Laney's favorite list.

You can also sign-up to receive email notifications whenever Lisa Laney releases a new book.